Explore Victoria's parks from the water with a variety of inland river systems, ports made up of wide bays and stunning tranquil lakes. Covering 1,930km2, Port Phillip is the entrance to Australia's busiest port and is one of Victoria's most popular recreational destinations. Explore its vast coastline and world-class swimming beaches or for an entirely different perspective by boat you can expect to see islands, shipwrecks and marine reserves. See a protected colony of penguins off St Kilda Pier or scuba dive, fish or stroll along many piers and jetties across the bays.

Cruise Gippsland Lakes Coastal Park, the largest and most tranquil network of inland waterways and coastal lagoons in Australia. Separated from the Tasman Sea by the coastal dunes of the Ninety Mile Beach, seven rivers terminate at the lakes making it a favourite holiday destination for many Victorians who enjoy a range of activities on the water. Lake Eildon National Park in the northern foothills of Victoria's Central Highlands, is also a popular spot for boating, camping and bushwalking. In the semi-arid, north-west Mallee region of the state you’ll find the stunning pink lakes of Murray-Sunset National Park. Their colour is due to the presence of red algae that, along with the solid salt bed of the lakes, create this unusual pink hue, at its most intense after rain, due to fresh nutrients being washed into the lakes.

Board one of the many tourist crafts along the Yarra River, the undisputed social heart of Melbourne. Punt across to Herring Island, a haven for nature and art lovers alike, to see environmental sculptures made from natural materials nestled amongst the island’s tranquil setting. The Yarra River offers a multitude of picturesque settings. The banks of the river have several barbecue and picnic facilities, fishing platforms and jetties. In addition, there are trails and paths which cater for cyclists, walkers and joggers. Further afield, canoe or kayak in Lower Glenelg National Park for stunning river scenery, including a spectacular 15km-long gorge and the magical Princess Margaret Rose Cave. 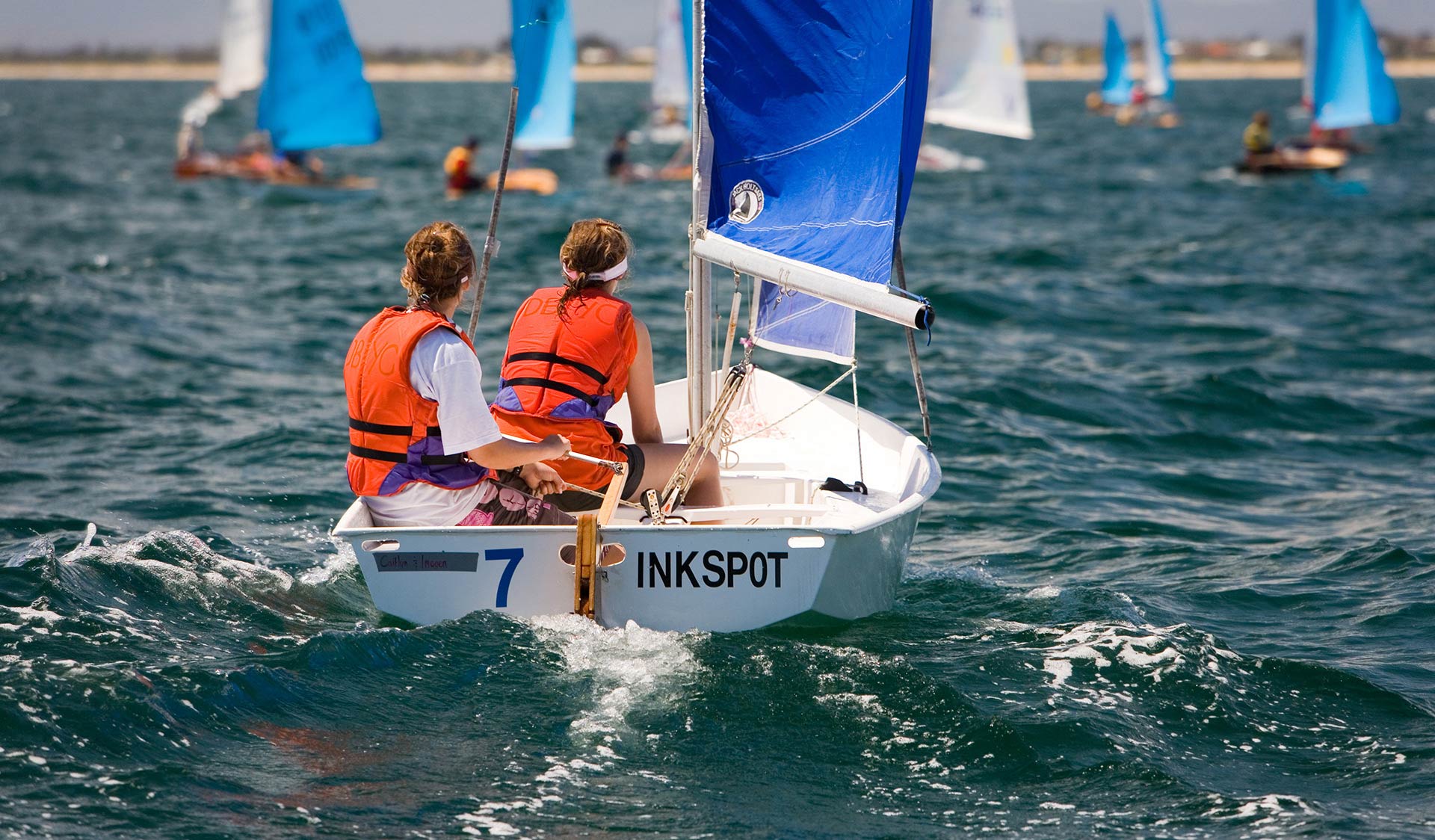 Take to the waves of Port Phillip and see Victoria's coast from the water or sail inland lakes and rivers by boat or charter. 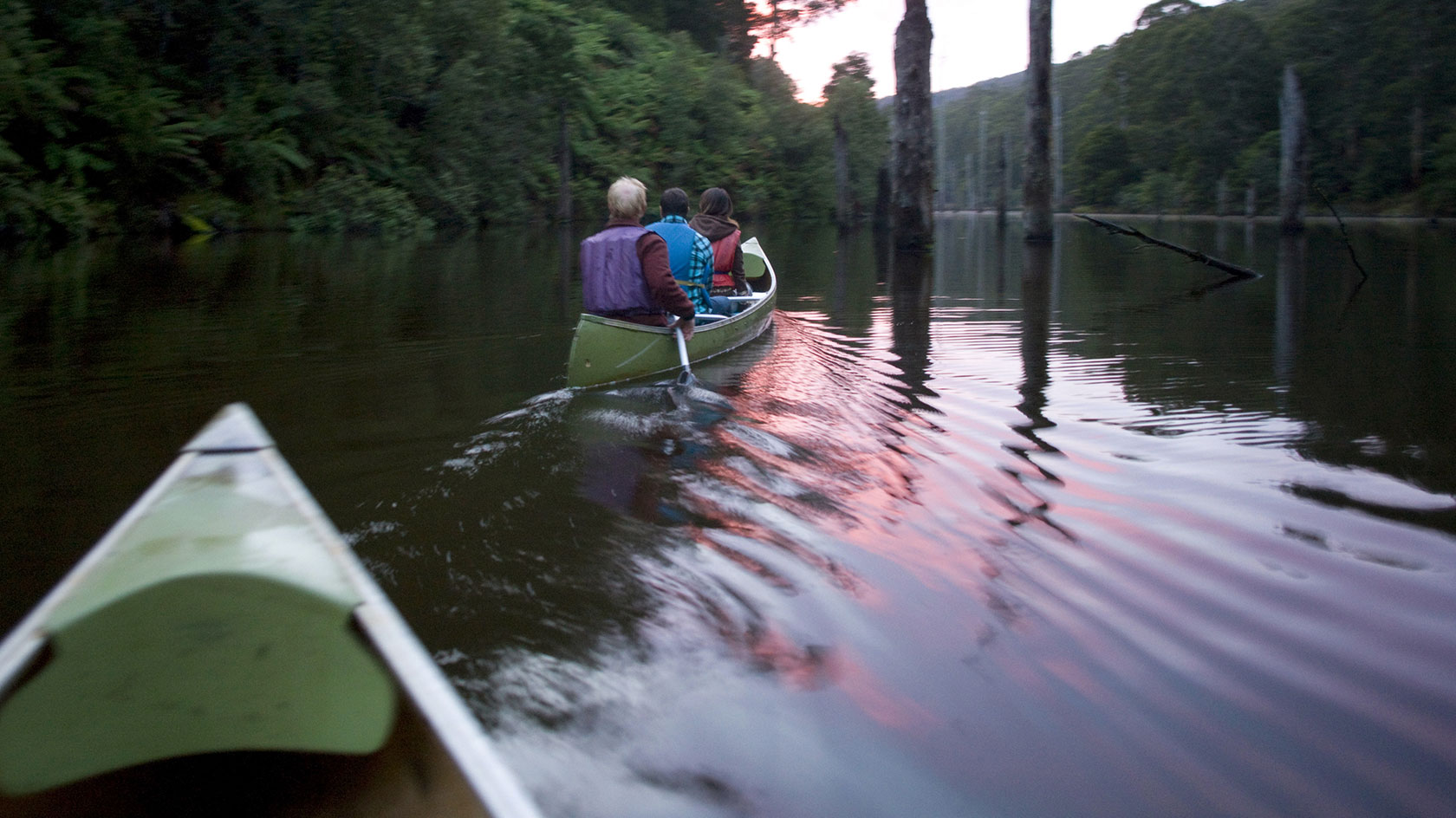 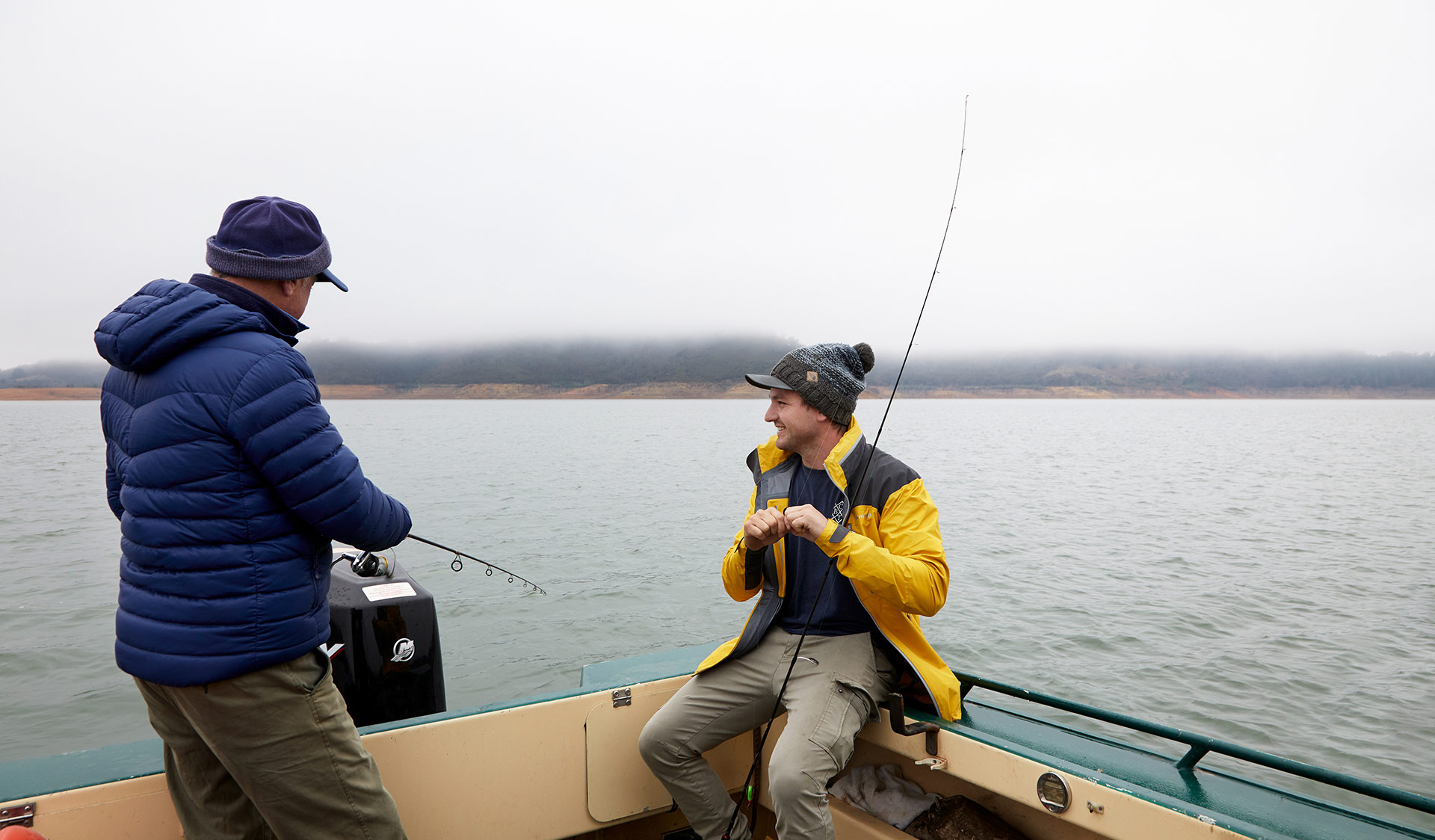 In quiet lakes and gently flowing rivers, in the pounding surf or in the depths beneath your boat – the waters of Victoria’s parks and reserves offer some prize catches. 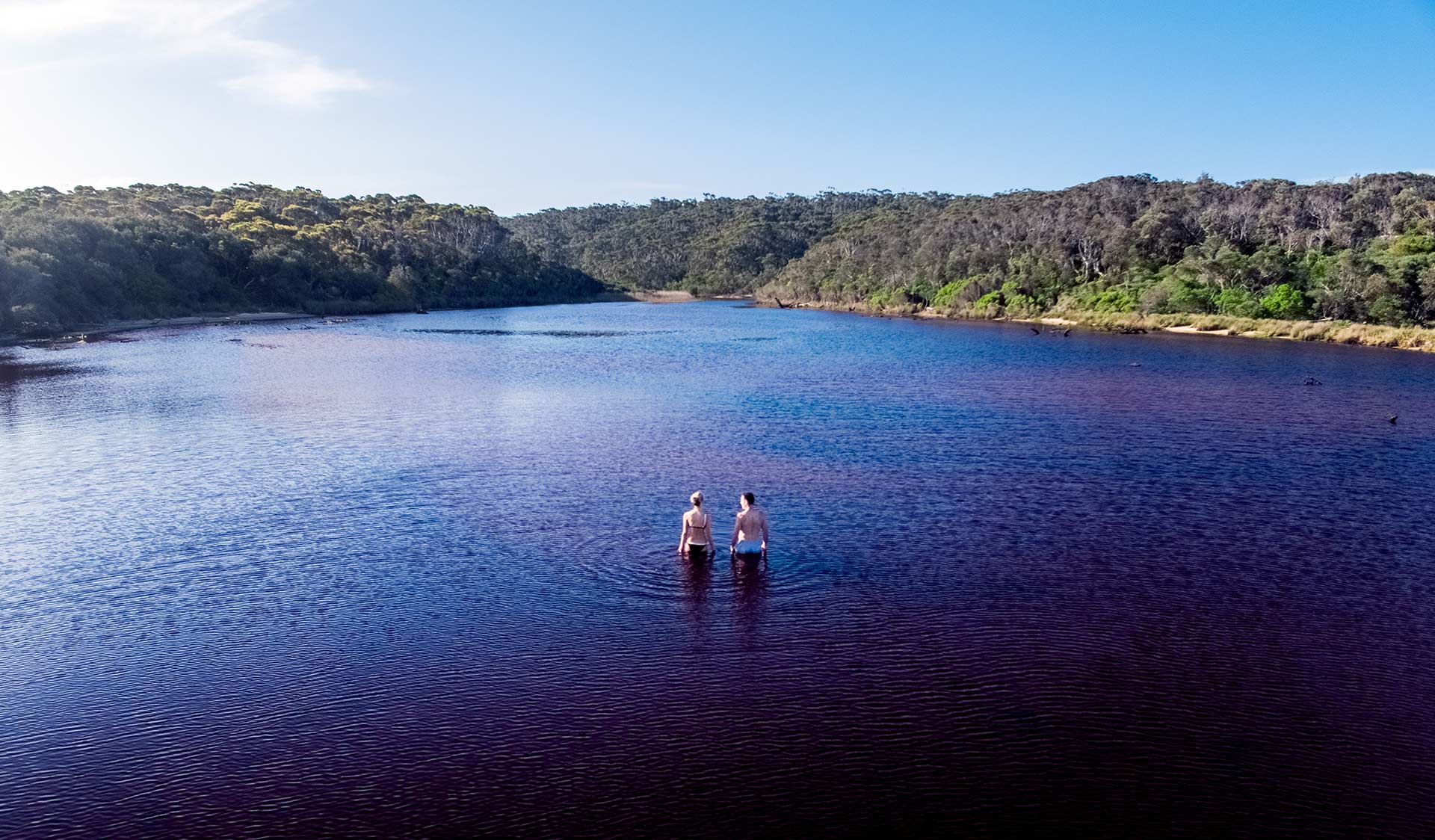 Take a cool, invigorating dip in fresh waterholes, streams and lakes. Be sure to observe safety signs and take caution when swimming in nature. 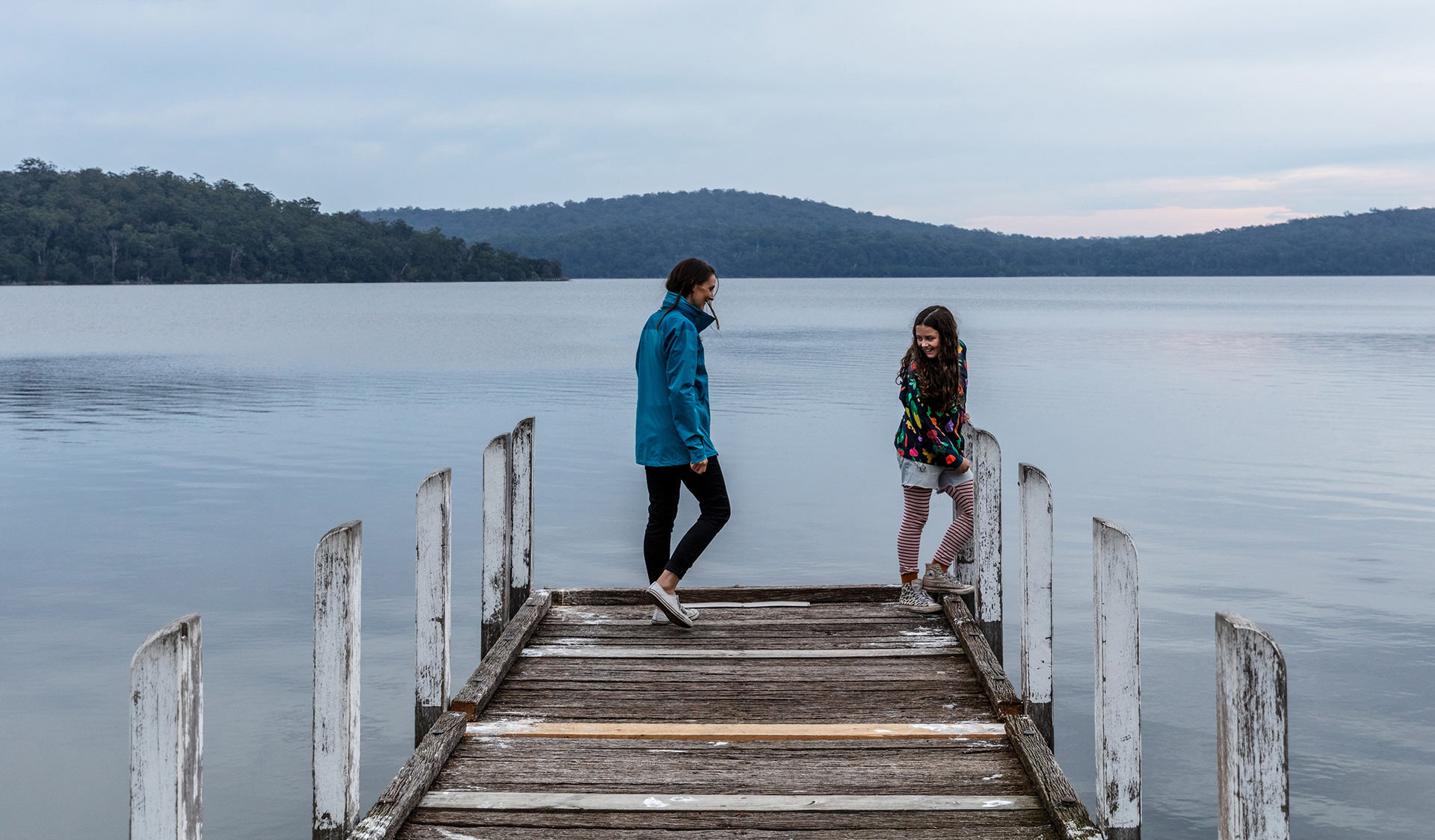 Stroll along coastal piers and jetties or cast a line and fish at popular catchment areas in Port Phillip and Western Port. 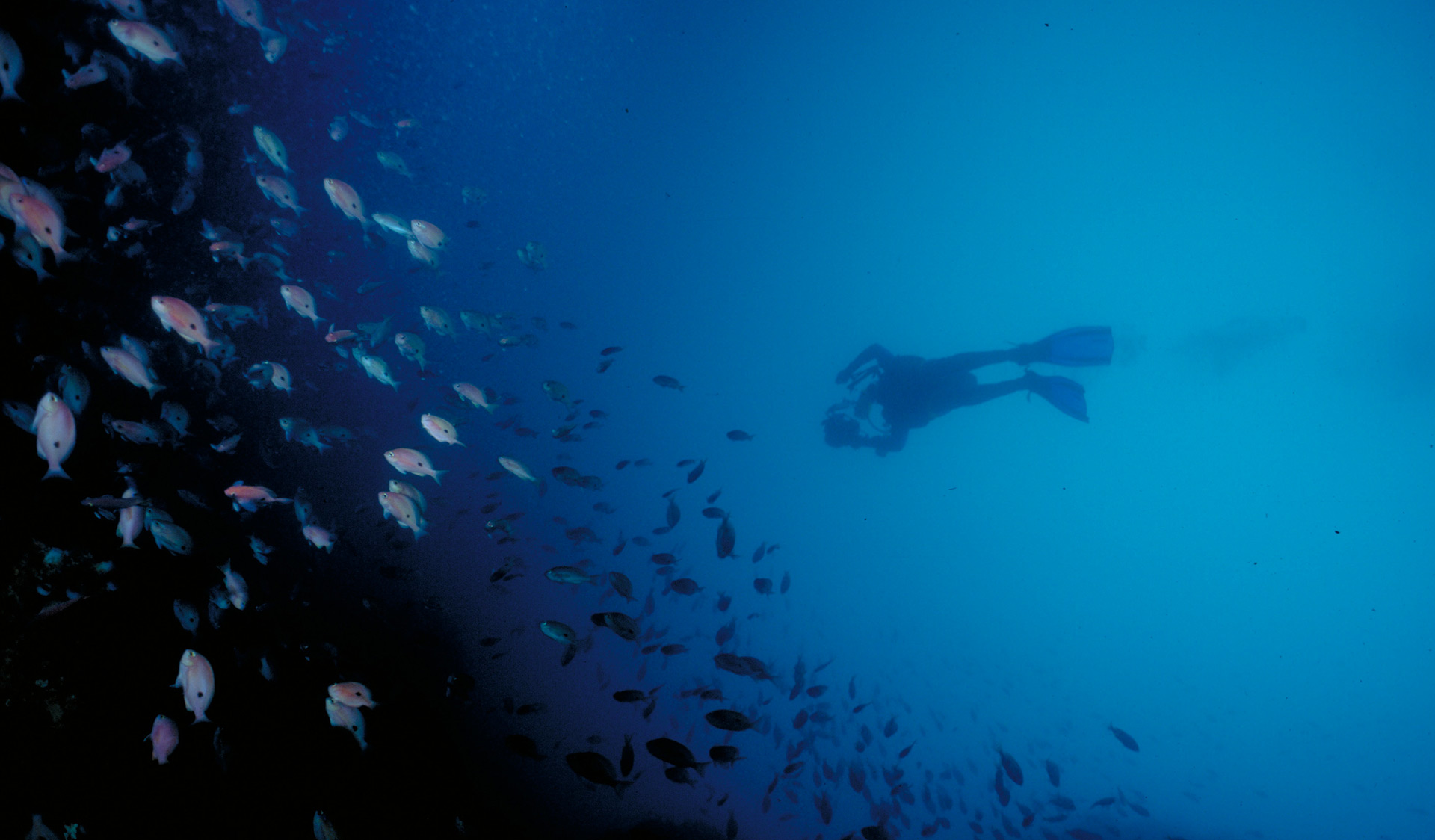 Dive to the depths of the ocean floor in marine national parks or explore shipwrecks at the bottom of the bays.

In summer, Port Phillip is bustling with yachts, ferries and sail boats

The Yarra River comes alive in autumn with rowers and cyclists, plus celebrate the annual Moomba Festival.

Pitch a tent along the river at Lower Glenelg National Park, or by Lake Eildon.

Before you travel, it is important to prepare in advance by checking the local weather, organising permits and ensuring you clean your boat before entering certain bodies of water. Here are some useful links to make your visit easier. 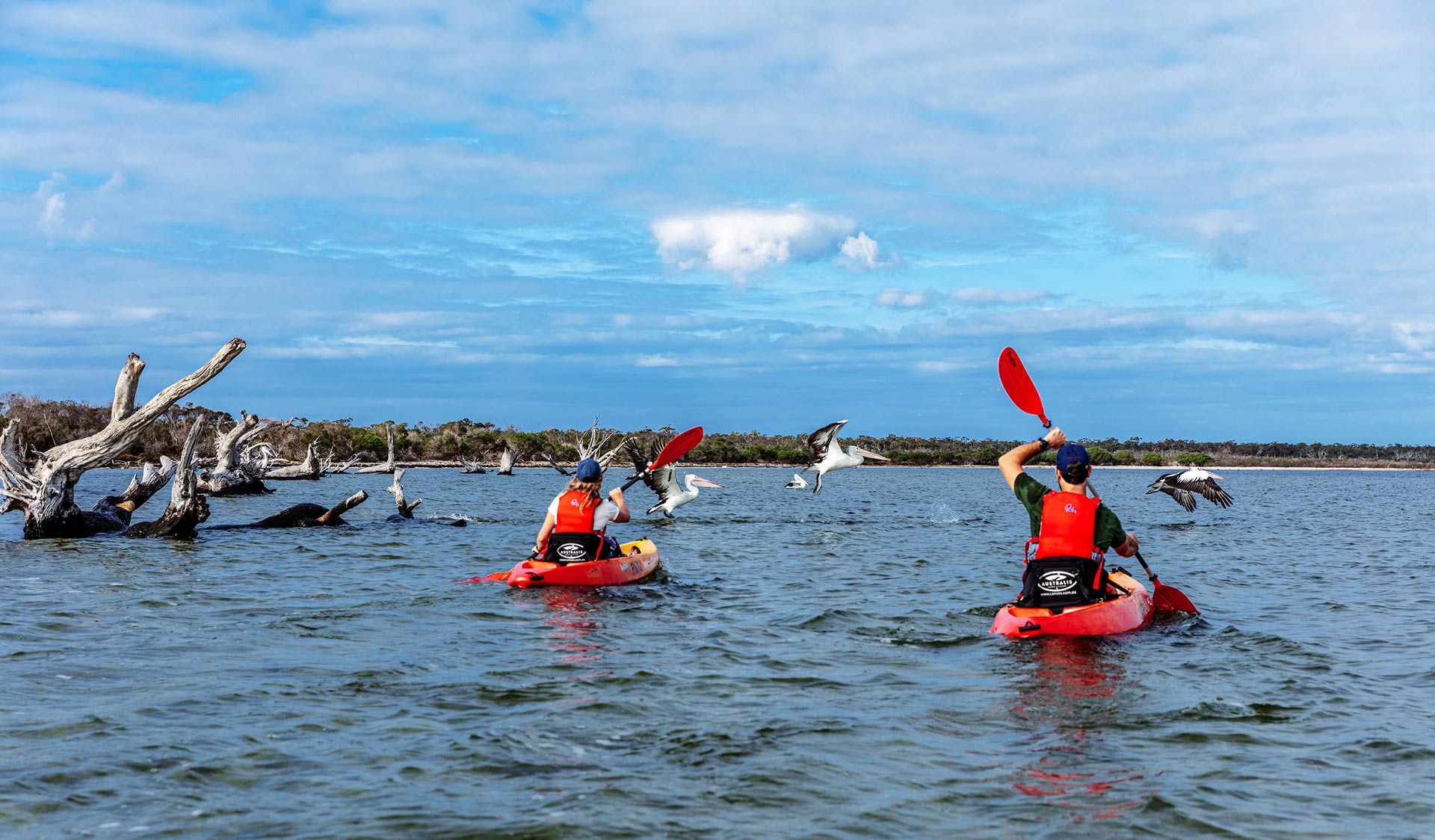 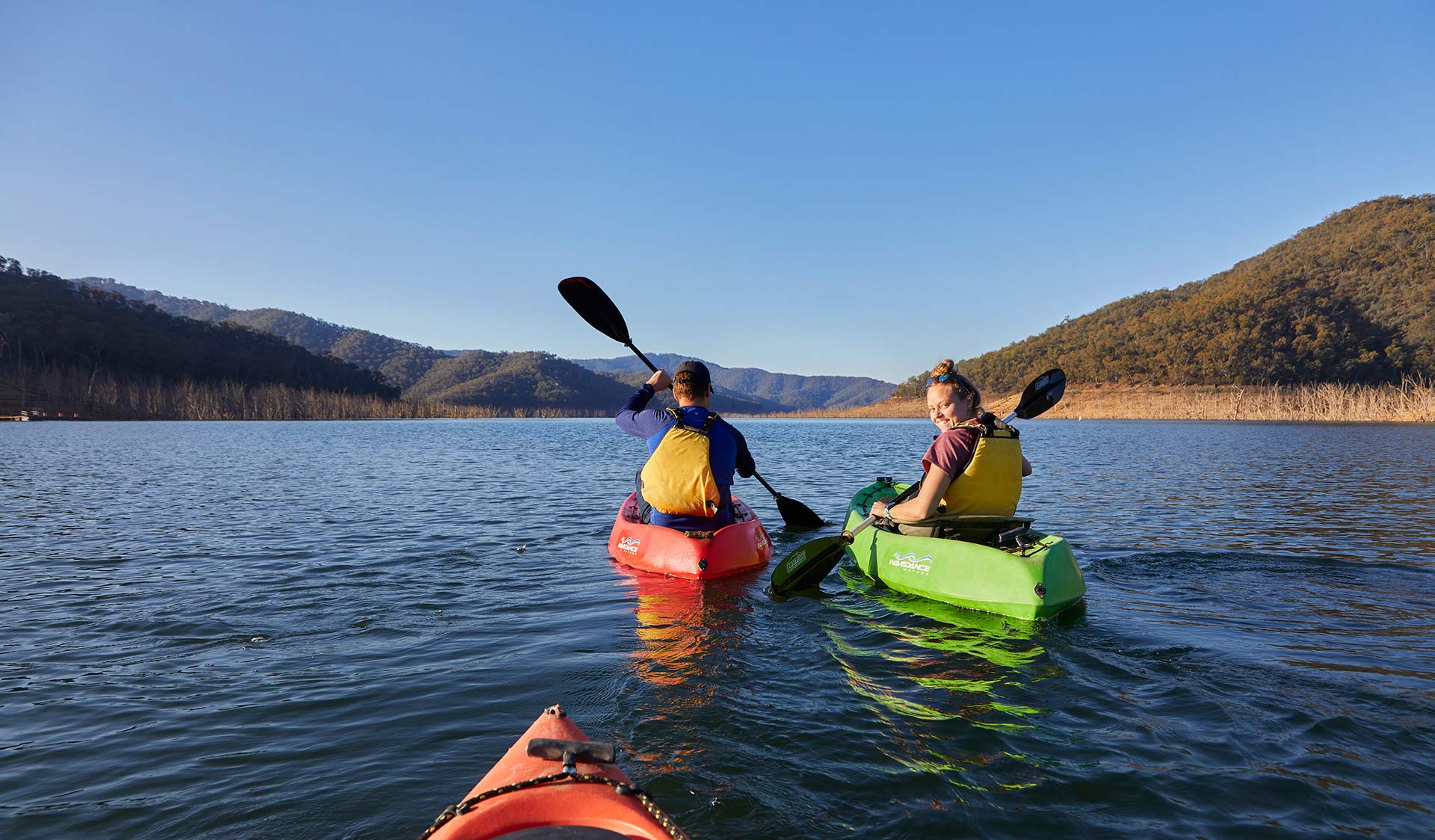 Lake Eildon National Park is in the northern foothills of Victoria's Central Highlands, 150 km north-east of Melbourne. Situated on the shores of Lake Eildon, the park protects 27,750 ha of rugged hills with open woodlands through to dense forest. 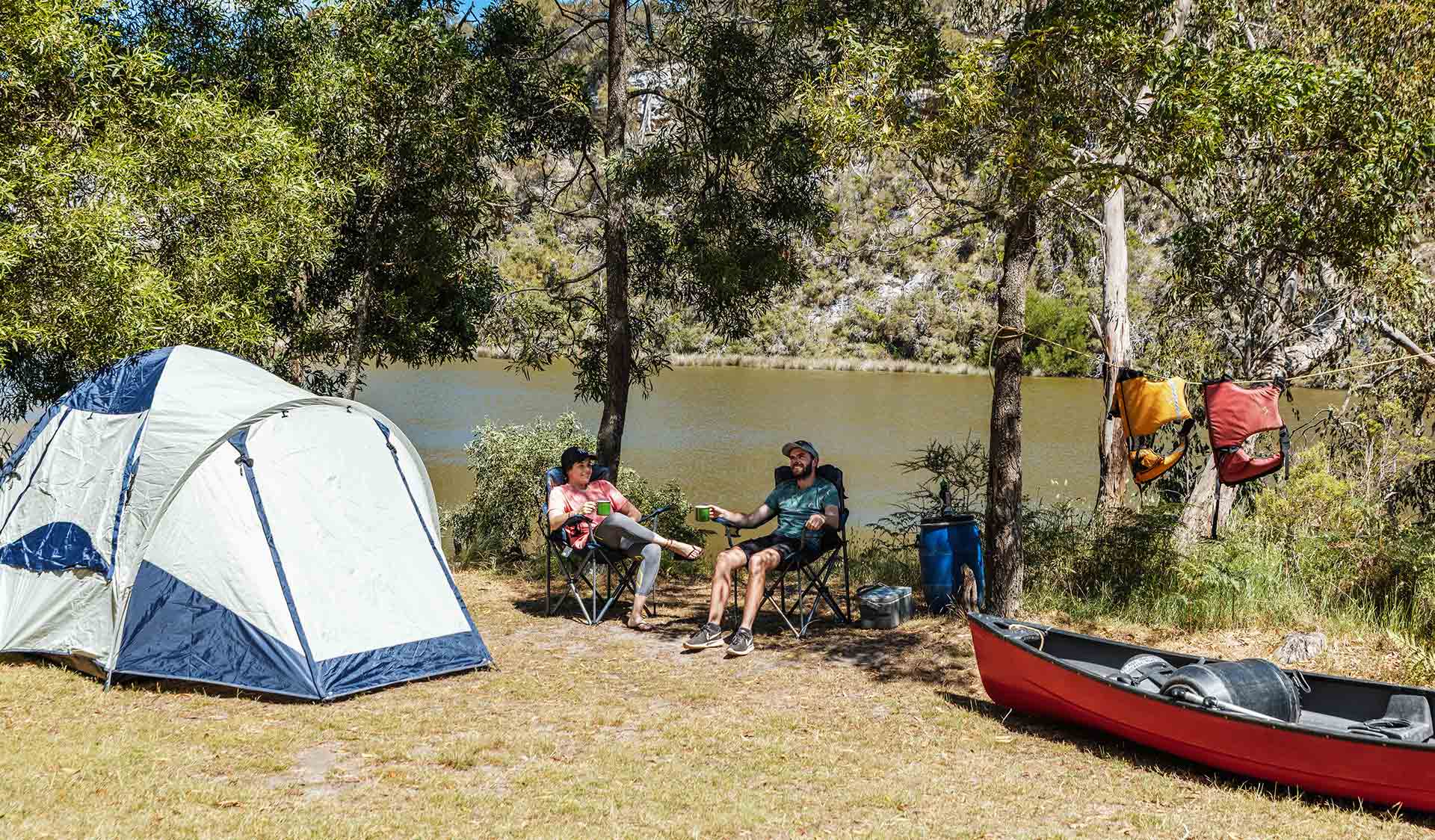 The Glenelg River is the central feature of the Lower Glenelg National Park. Along the last part of its winding 400 kilometre path to the sea the river has carved a spectacular gorge up to 50 metres deep through limestone. River erosion and the action of rainwater have created a remarkable cave. 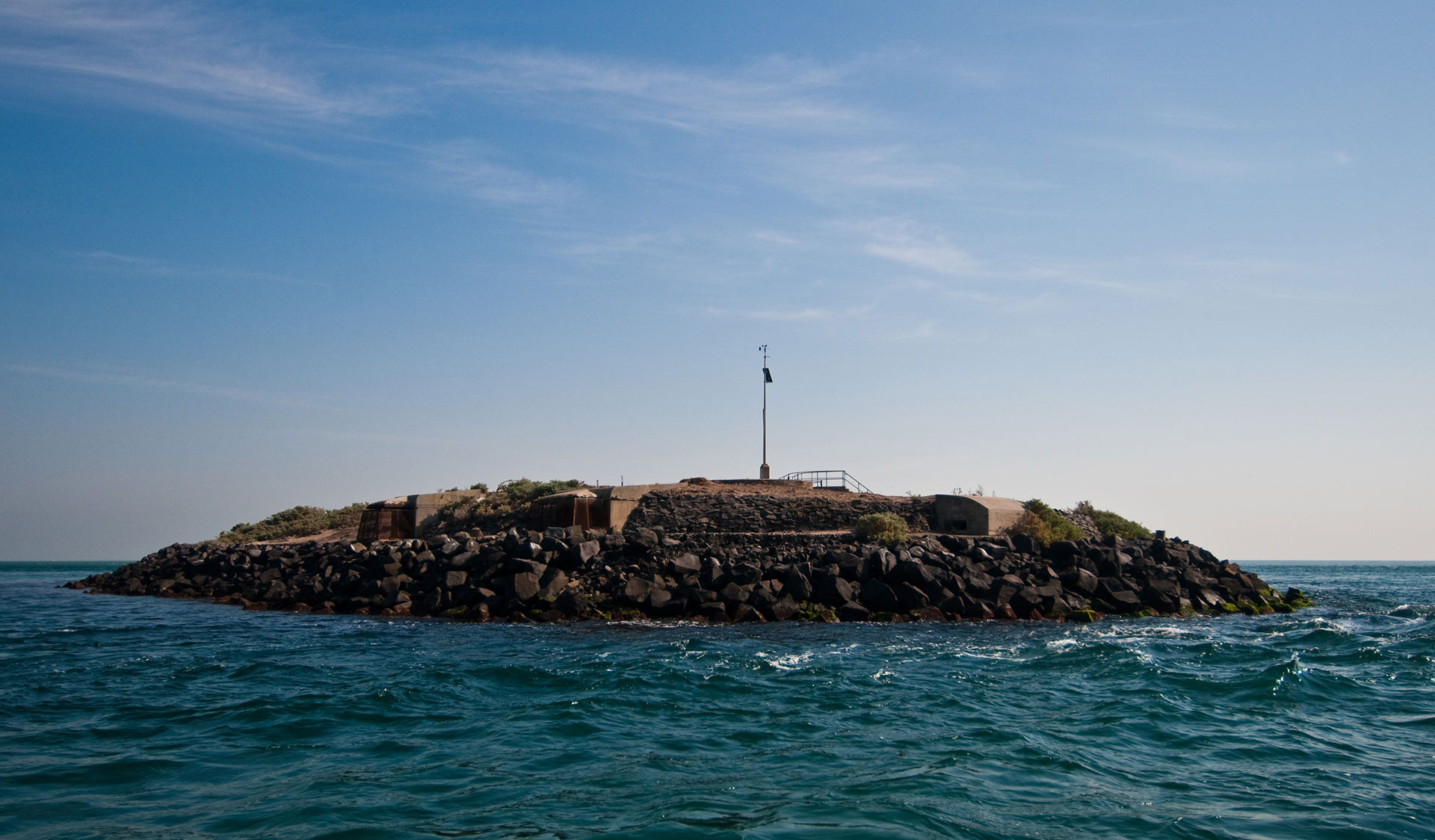 Point Nepean has played an important role in shaping the early settlement and defense of Australia. Walk or cycle through this rugged coastal landscape. 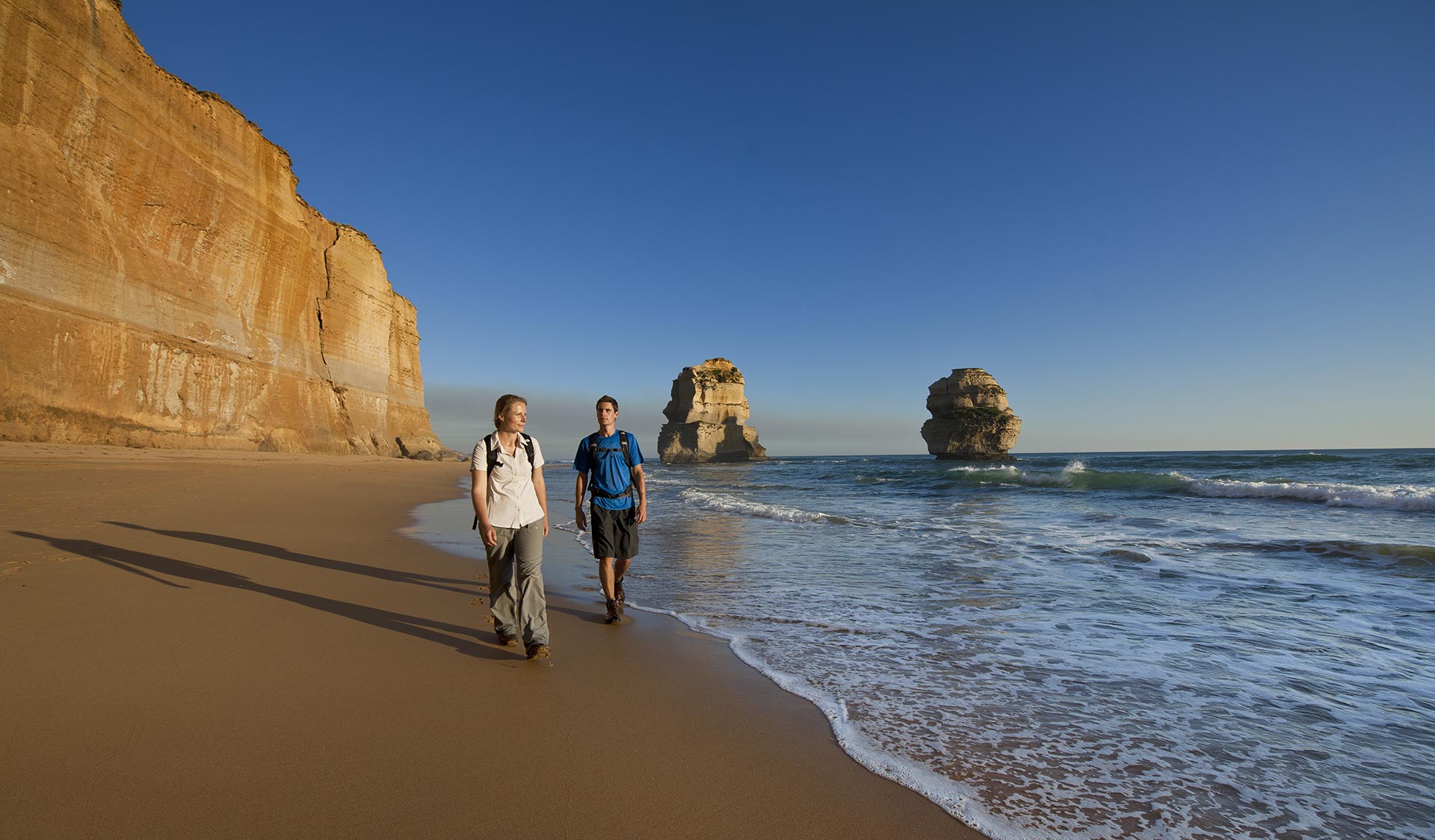 The wild Southern Ocean has carved the Port Campbell National Park coastline into formations that are famous the world over - and earned it the nickname of the Shipwreck Coast. 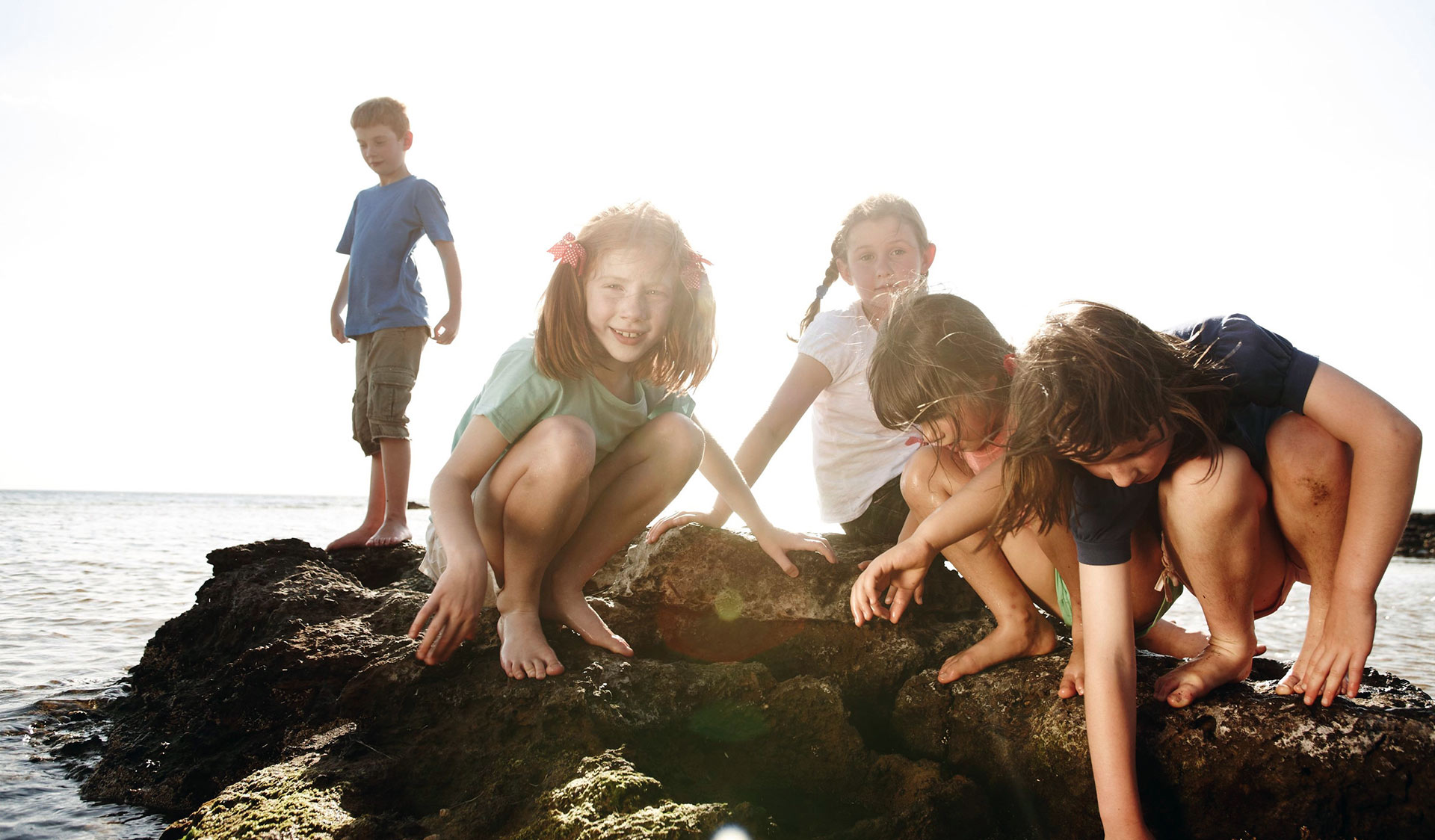 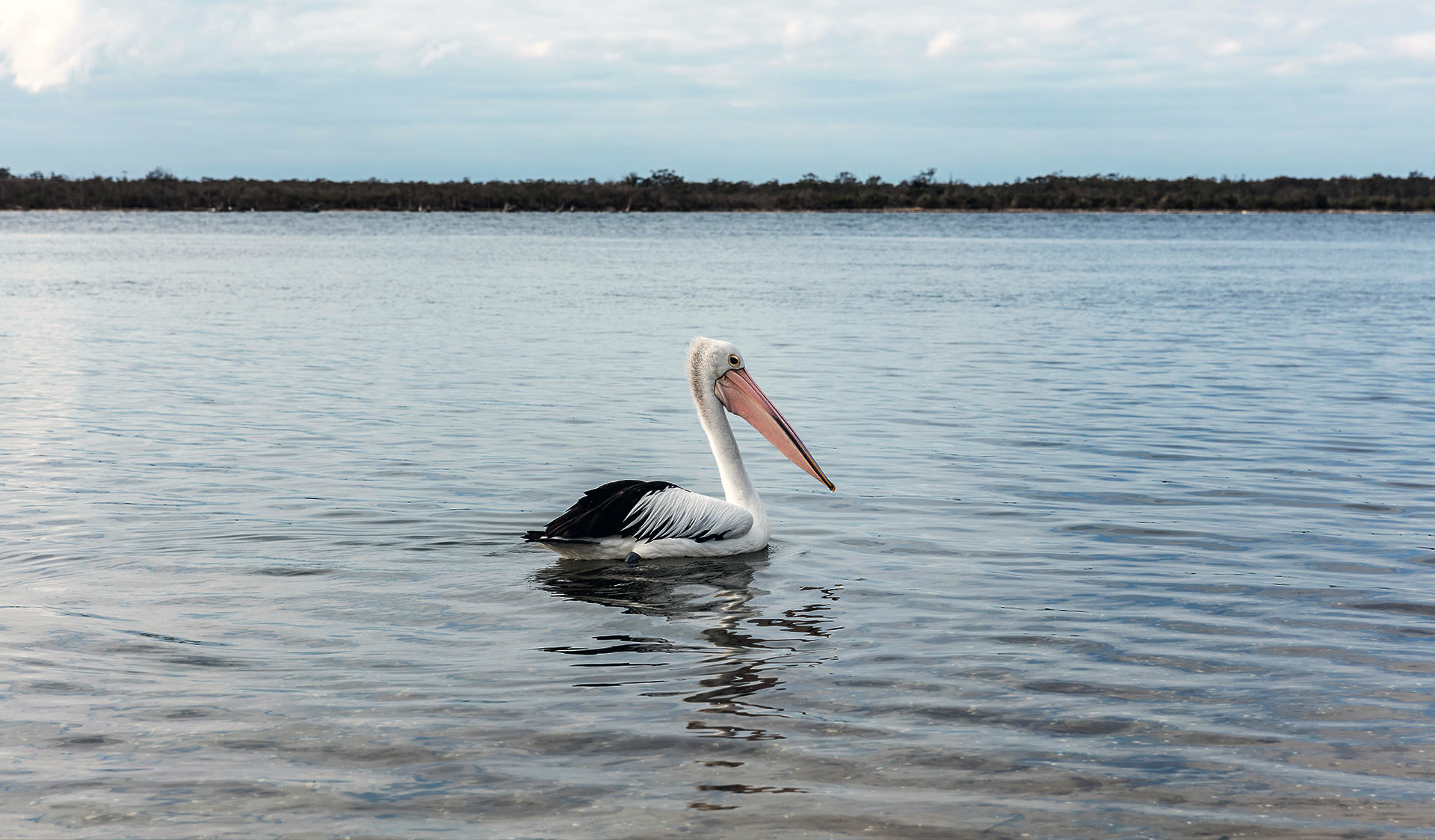 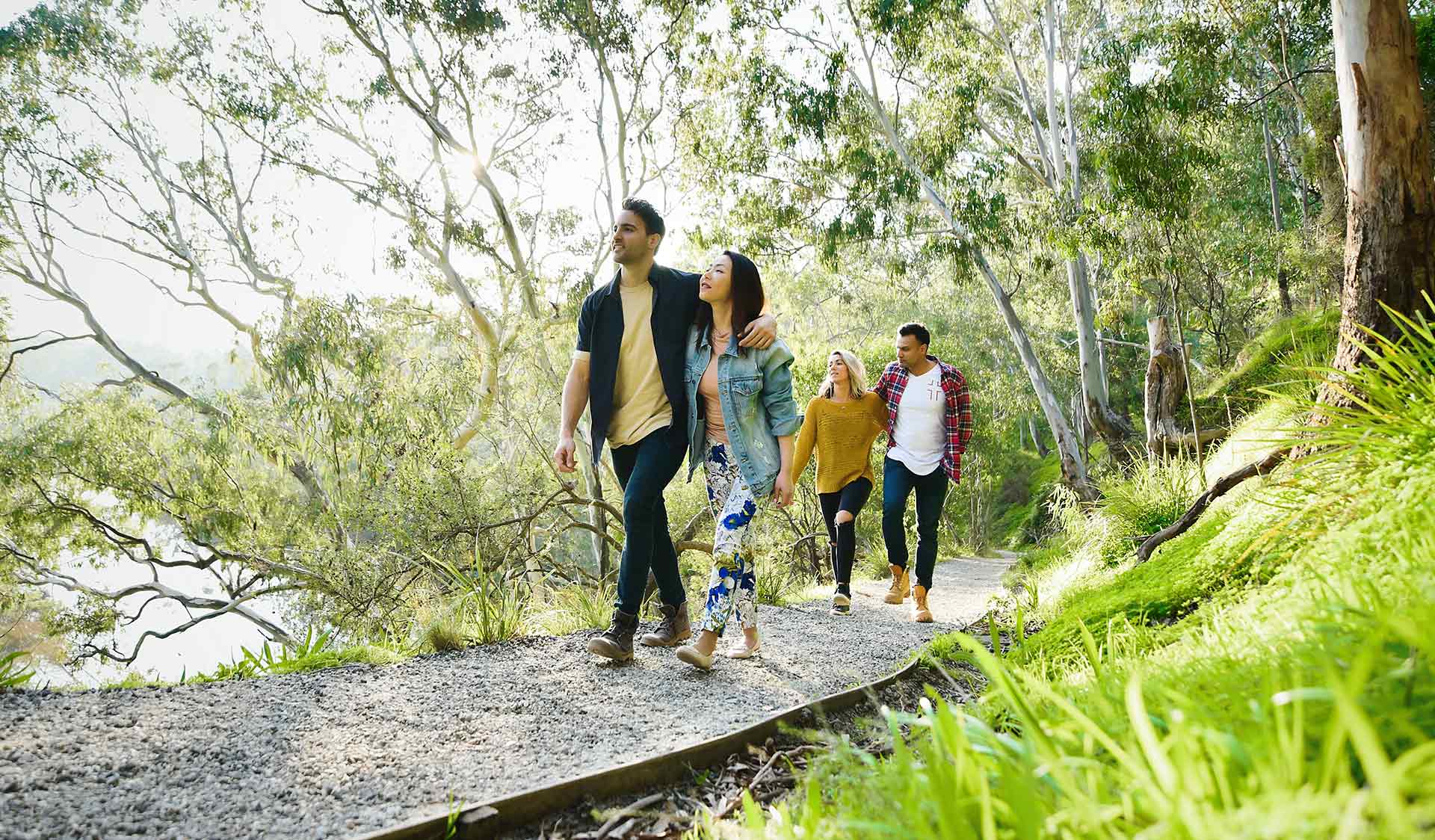 Yarra Bend Park is Melbourne’s largest natural bushland park. Enjoy the leafy grounds and abundant wildlife while strolling or biking its many trails. Stop for a picnic, walk your dog or play a round of golf. 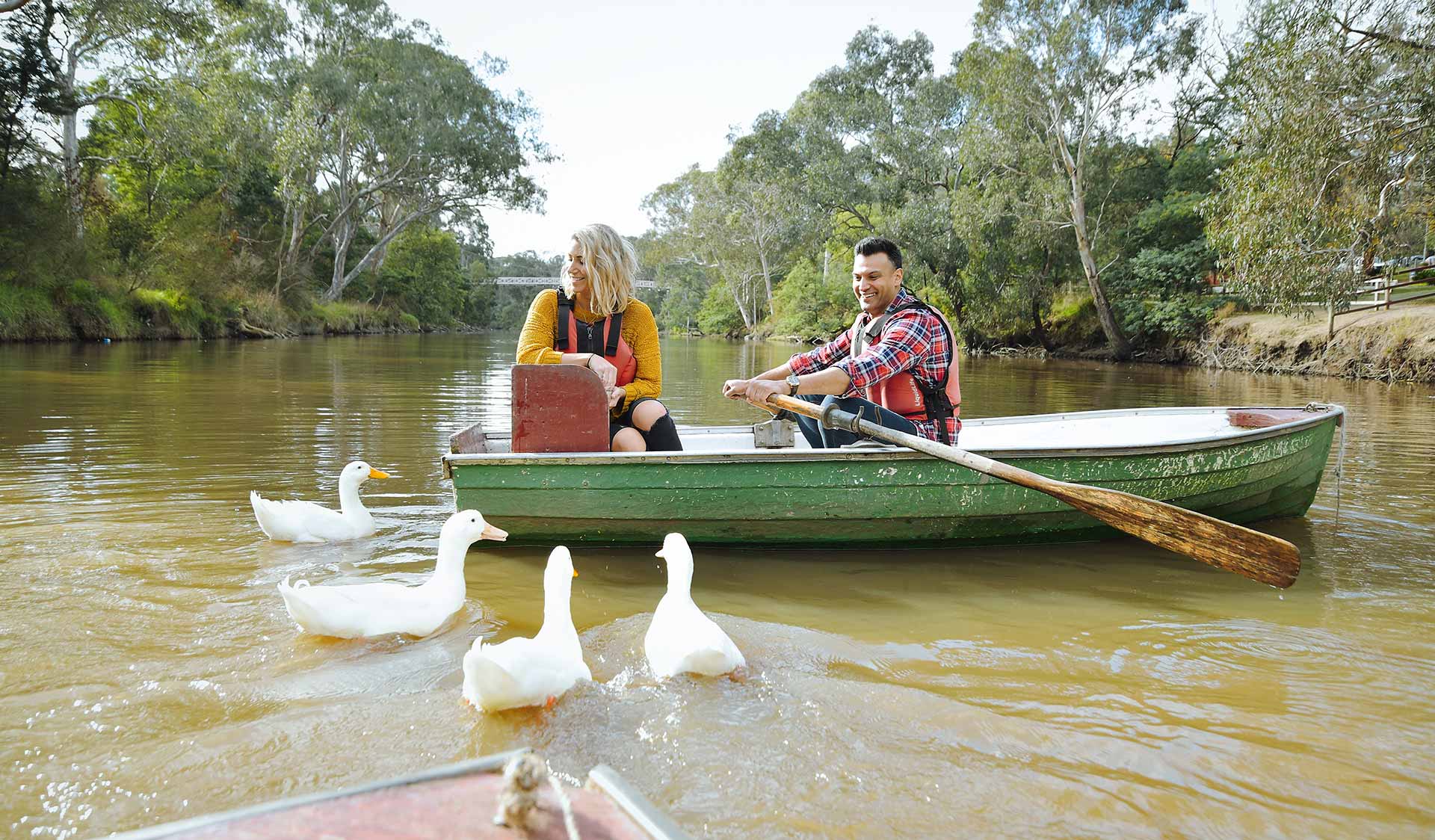 The Yarra River offers a multitude of picturesque settings. The banks of the river have a number of barbecue and picnic facilities, fishing platforms and jettys. In addition, there are trails and paths which cater for cyclists, walkers and joggers.