There are only three places in the world where this stunning native flower can be found, all in south-eastern Victoria.

For 10 years, researchers from the Arthur Rylah Institute (ARI) have tracked the health and distribution of the Eastern Spider Orchid in Victoria. Orchid season is well and truly underway, and this year a team of Parks Victoria field staff are helping to collect supplementary data for the season. 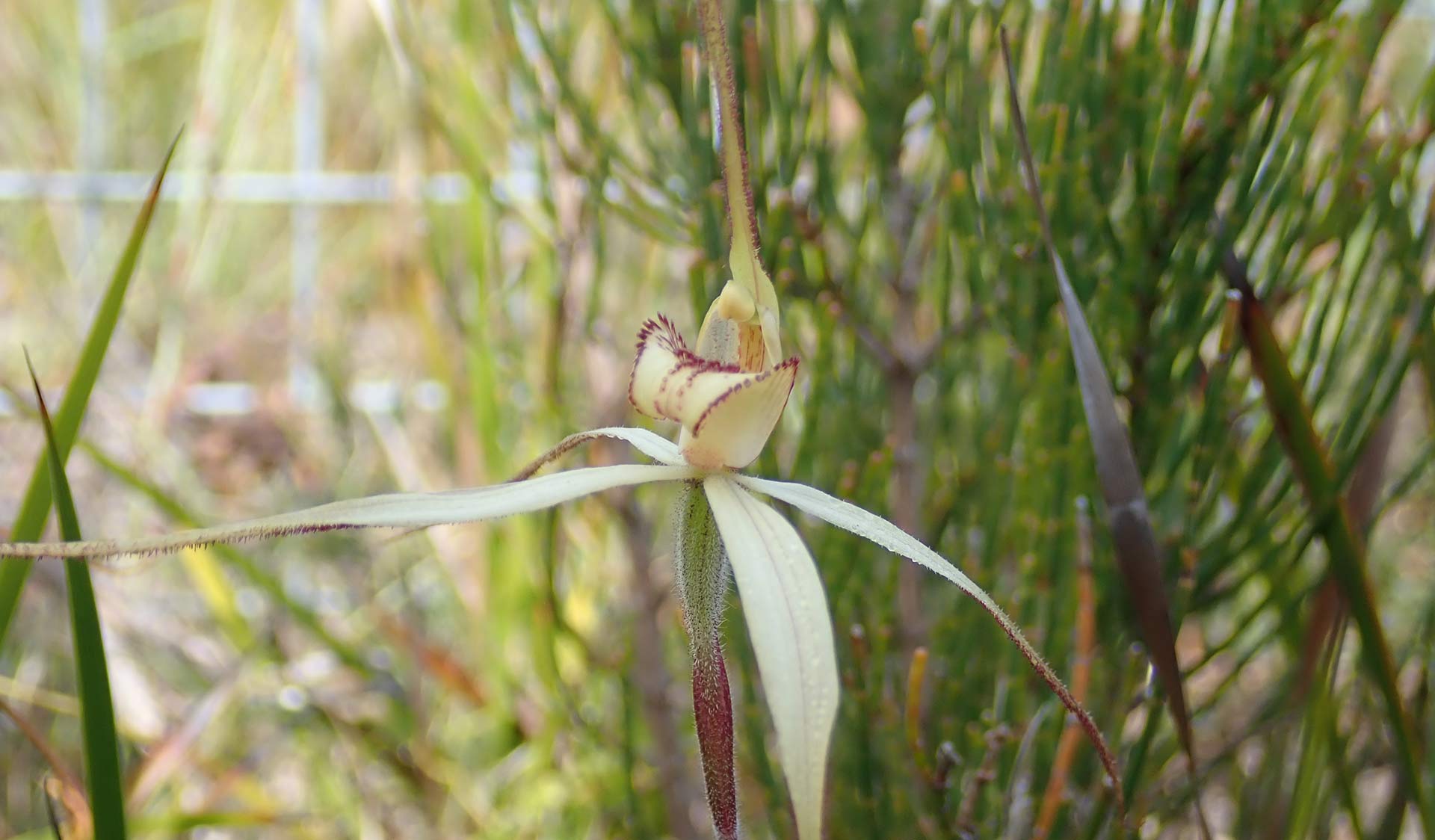 The Eastern Spider Orchid is an endangered species with fewer than 100 plants believed to be in the wild. Unsurprisingly, spider orchids are named for their long, slender segments which resemble spider legs. Standing 30 centimetres tall and growing in clusters, these native plants are hard to detect and only in flower for a few weeks each year.

A team of Parks Victoria staff based in Gippsland spent three days searching for this endangered species in amongst the heathland and shrub on Victoria’s south-eastern coastline. The team included three Land Management Officers hired through the Victorian Government’s Working for Victoria initiative.

To their surprise, they found a record number of these orchids in full flower, several weeks ahead of their expected flowering time. Excitingly, several orchid detections may lead to an expansion of the species’ known range.

It’s believed that the big increase in flowering compared to last year is the result of lots of rain over winter, combined with Parks Victoria’s ecological burning program, which keeps competing plant species in balance.

Grazing by animals such as wallabies and wombats is a significant threat to the survival of the Eastern Spider Orchid. To protect them from hungry marsupials, the team followed recommendations for earlier records for these orchids and built special cages around individual flowers as they were identified. The Parks Victoria team are sharing this year’s findings with the ARI in an ongoing partnership to protect the Eastern Spider Orchid. The team was diligent in ensuring all activities complied with requirements regarding hygiene and physical distancing.

Visit Conservation and Science to learn more about how we reduce threats and improve the health of our natural landscapes in Victoria.