Ranger Andy Davies recently found himself outside his comfort zone after being elected as Director and Company Secretary of the International Rangers Federation (IRF). Andy was chosen because of his passion for the global community of rangers-people united by their work to protect and preserve all aspects of wild places, historic and cultural sites. 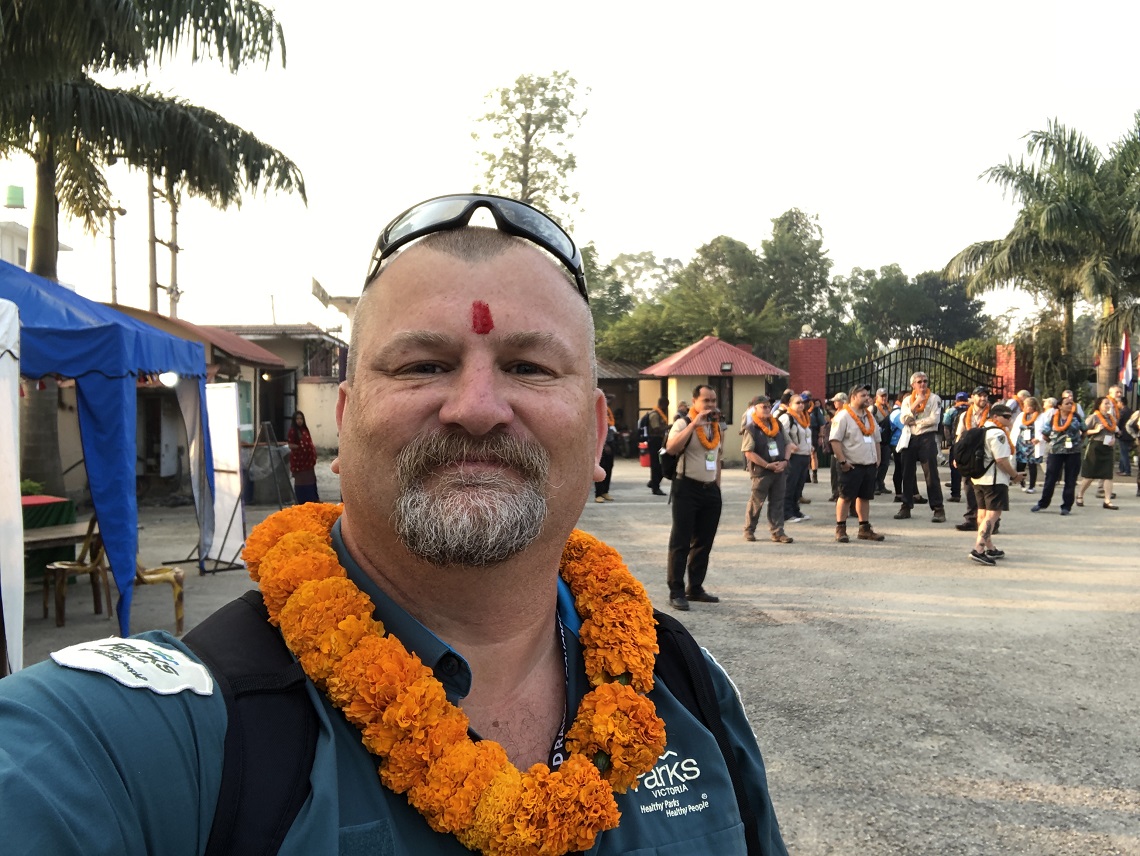 “I was walking around with a guy called James who was the leader of an anti-poaching team in Africa. He was telling me his job is to protect the rhinos and to keep his team alive. Every day they go walking 30 kilometres around the park boundary and within the park to make sure the animals and the people are safe. He told me: it’s a good day when everyone comes home alive,” Andy recalls.

“But while we were talking, he was getting emails about how many rhino's and people were lost recently ... and they were talking about poachers. These people, who are not military, are having to protect themselves and the rhino's with force and sometimes lethal force! It is a really complex and sensitive community issue balancing human and wildlife interactions.”

“I thought what sort of world are we living in? What sort of community are we part of?

It made me think about that connection with our brothers and sisters overseas and what they go through each day. Sometimes when you think you’ve had a bad day you go yeah, really? First world problem type stuff.” 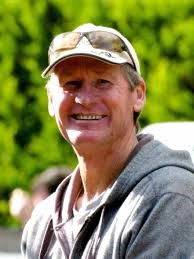 Last year, clearly the loss of Bill Slade in my team was a huge thing. It still is. It’s created a sense of understanding that it can happen at any time, it can happen to the best of us, the most trained of us. It doesn’t matter.”

Bill Slade was a beloved and respected colleague, a veteran with 40 years’ service as a Parks Victoria staff member and Forest Fire Management Victoria firefighter. He died while on active duty in East Gippsland on 11th January 2020.

Andy, who is the District Manager of Parks Victoria’s South Gippsland region, says everyone at Parks Victoria, led by Chief Executive Officer Matthew Jackson, put their arms around his team, and he remains grateful.

“They just came in around us. It was incredible, but internationally it did too. Whilst we don’t lose as many people as they do in other countries like Africa, India, Asia and, South America, the loss of one is enough for the community to swarm around us, and they did.”

Andy’s career has been a wild ride shaped by his love of flying planes, bushwalking and, connecting people with parks for recreation while protecting special places. In nearly 30 years of working in protected area management, Andy has escorted royalty on a private tour in Uluru-Kata Tjuta National Park and carried a firearm as personal protection against crocodiles. 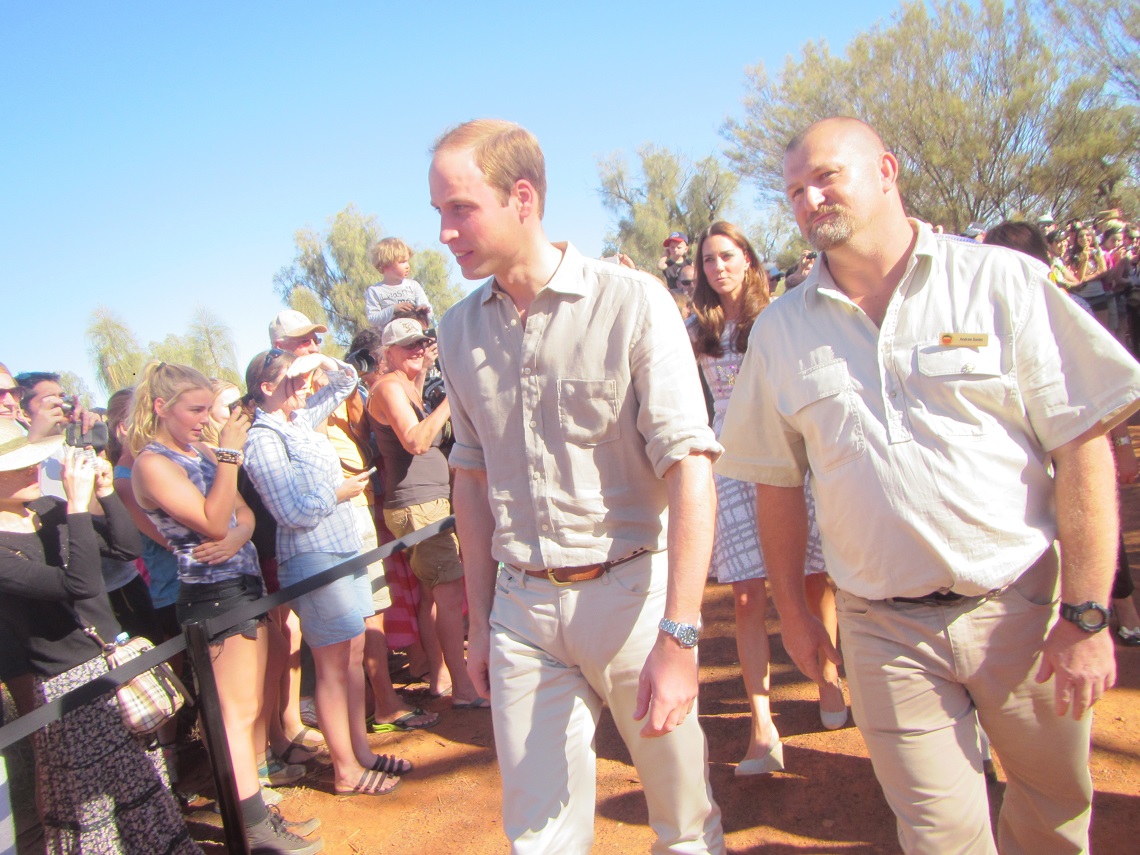 Andy has been in management and leadership roles in Victoria, the Northern Territory and, Queensland, at iconic National Parks such as Kakadu and Uluru-Kata Tjuta, the Great Barrier Reef Marine Park, Wilsons Promontory National Park and the Savannah/Gulf Region around Katherine (NT).

Reflecting on 30 years working in protected area management programs such as Indigenous joint management, leadership and coaching, stakeholder engagement, tourism and revenue development, and marine park management, Andy comes back to where it all started. As a 17-year old volunteer at Wilsons Promontory National Park.

In 1991, Andy received the Duke of Edinburgh's International Award, and was required to complete two weeks’ work experience. 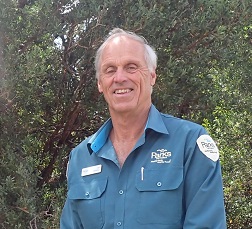 “I wanted to go to the Airforce, but it didn’t work out, so I went down to the Prom and did a couple of weeks with Jim Whelan and Swampy, who are still here, and that was it. I was hooked. I signed up for Natural Resource Management at Frankston TAFE. That was 30 years ago.”

Jim Whelan was recognised in April 2021 at the inaugural International Union for the Conservation of Nature (IUCN) International Ranger Awards. Recognition for almost 50 years of dedicated service to Parks Victoria, supporting the management of the iconic Wilsons Promontory National Park, a UNESCO listed Biosphere Reserve, and Victoria’s largest area of coastal wilderness.

Bill Slade was recognised at the same awards for his outstanding service to the local community when resolving a true threat affecting protected areas.

This weekend, Andy and fellow members of the Association of Rangers and Conservationists Victoria (ARCVic) are meeting at Tidal River in The Prom. Chief among their plans for celebrating World Ranger Day is to commemorate the 4th World Ranger Congress hosted by Parks Victoria in 2003 at Wilsons Prom by replacing the now degraded inaugural dedication plaque unveiled at Pillar Point almost two decades ago. 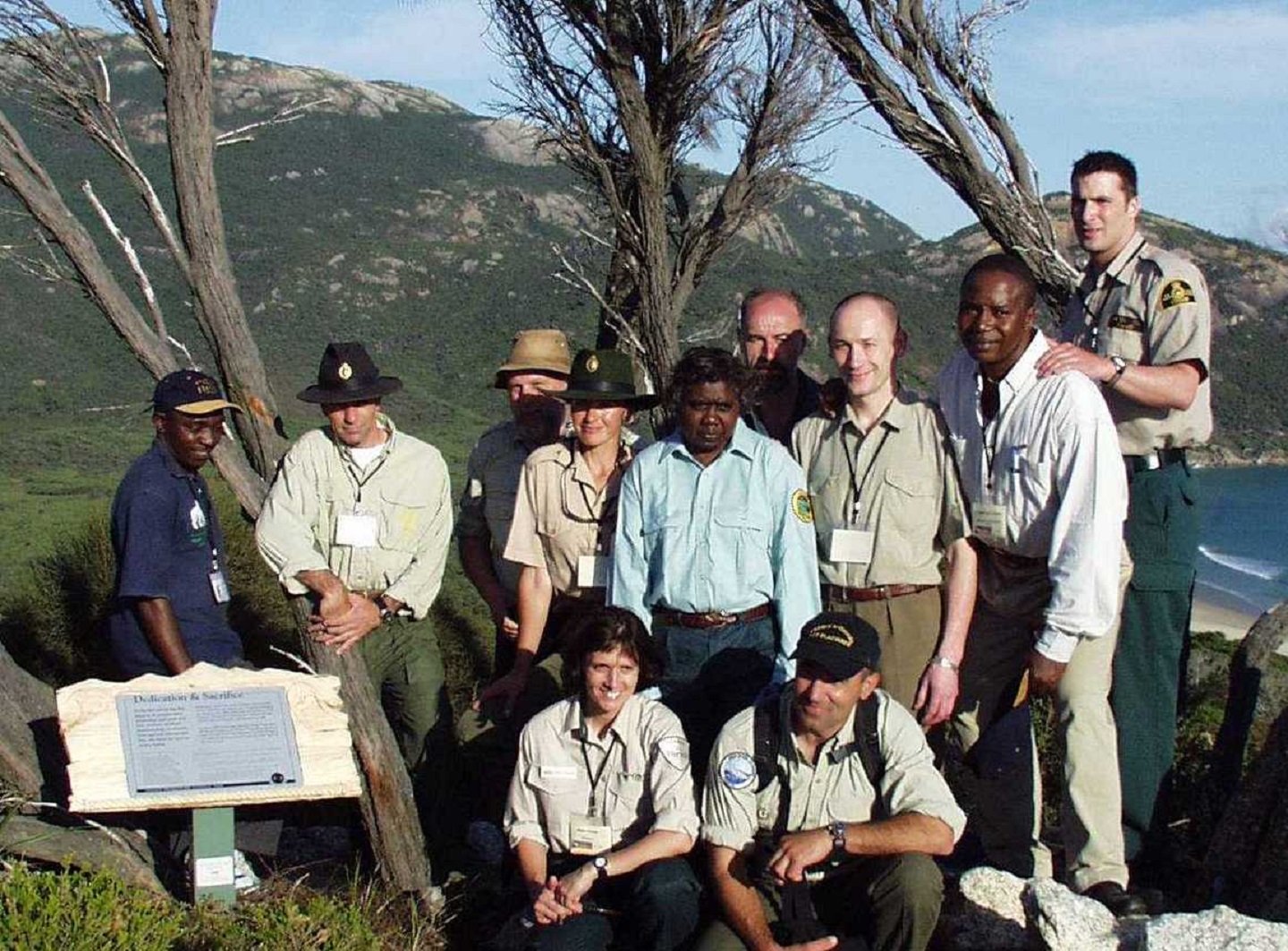 “Protected areas are the legacy of people who yesterday, last year, and last century worked to passionately ensure that special places like this are here for you to enjoy today.” The dedication and sacrifice plaque was unveiled during the 2003 4th World Ranger Congress at Wilsons Promontory National Park, Pillar Point. More than 200 rangers from 36 countries attended.

World Ranger Day is celebrated worldwide on July 31st to commemorate rangers killed or injured in the line of duty and to celebrate the work rangers do to protect the planet’s natural treasures and cultural heritage.

Find out more about Parks Victoria's rangers, the work they do and the experiences they value: https://www.youtube.com/watch?v=RJfTYBPmwpE