Get into nature without a car

Get there by tram or bus

Located just 3 km from Melbourne on Bunurong Country, Albert Park is practically walking distance from the CBD.
There are transport stops all around Albert Park, so whether you’re headed for a walk around the lake, for a swim at the Melbourne Sports and Aquatic Centre (MSAC), or to play or watch a match of local cricket or footy, you can get there with ease.

Albert Park is a great place to stop for a picnic or exercise around the lake. There are nine picnic areas dotted around the park to choose from. If you didn’t BYO picnic food there are plenty of food options within the park. By the lake you’ll find the Boatshed Café or Carousel. Visitors to MSAC can enjoy a post swim feed at Sir Albert Café.

In February 2022, there is even more reason to head to Albert Park for a picnic. The park will receive new picnic tables at the Rakali and Black-duck playgrounds as part of the early works for the Urban Parks Active Wellbeing Program. Further improvements, including upgrades to the toilets, carpark, carousel boardwalk and picnic areas will also be delivered as part of this program later this year.

Getting there:
By tram 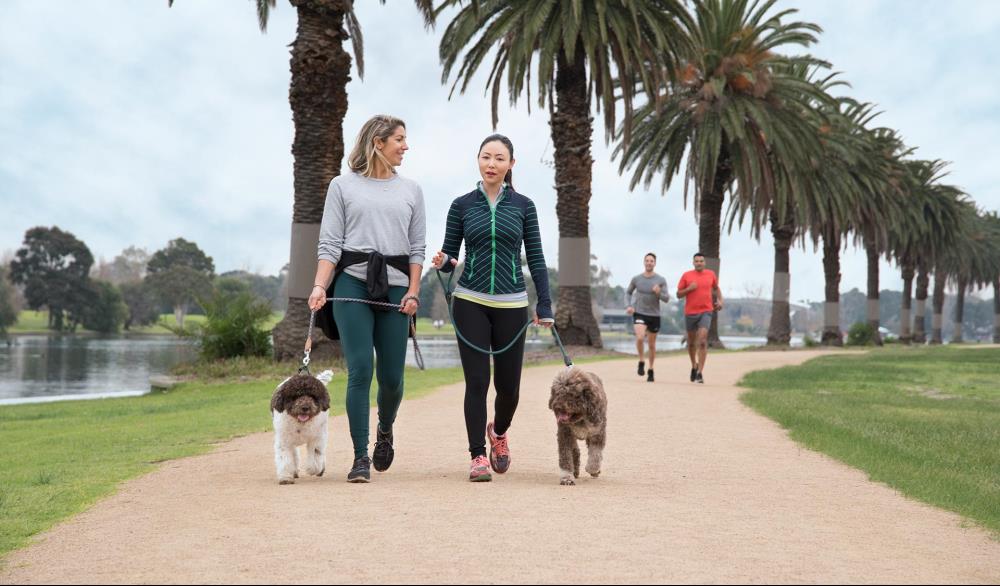 Get there by bus or ferry

Located in the south-west pocket of Port Melbourne on Bunurong Country, Westgate Park is a hidden gem underneath the West Gate Bridge in the heart of industrial Melbourne.
Once you step inside it’s easy to forget you’re just a stone’s throw away from the concrete jungle and one of the country’s busiest ports.
Summer is the best time to visit the park if you want to catch its famous pink salt lake! The lake colour changes pink in response to high salt levels, high temperatures, increased sunlight and little to no rain during the summer months.
The park is also home to Lyn Moore’s Earth Series Sculptures, which are made from natural materials and are featured along the park trail.
The park features a picnic area, two lakes – one saltwater and one freshwater, shared-use trails and is great for birdwatching.

Getting there
By bus 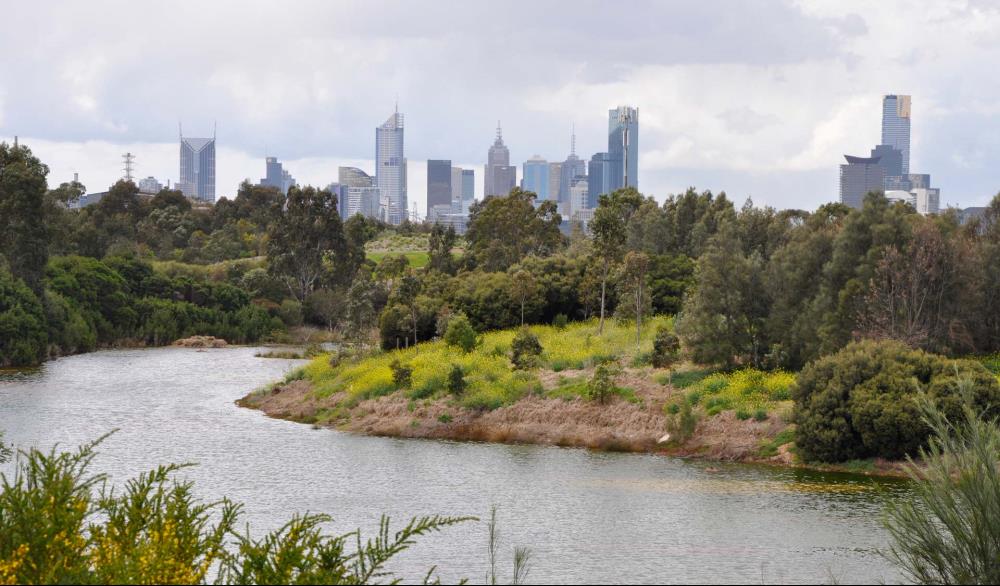 Get there by bus

Located next to the Yarra River in Templestowe on Wurundjeri Country, Westerfolds Park is part of the Yarra Valley Parklands in Melbourne’s north.

There are several picnic areas in the park to enjoy a picnic or barbecue with friends or family. The Westerfolds Ridge Picnic Area is closest to the bus stop and has barbecues, picnic shelters, picnic tables and a playground nearby.

While you’re at the park you can take a peaceful walk along the Westerfolds Loop Track. This will take you past the old manor, woodlands and picnic areas. If you’re lucky you might spot some kangaroos or wombats along the way.

In February 2022, Westerfolds Park will receive new picnic tables as part of the early works for the Urban Parks Active Wellbeing Program. Further improvements, including upgrades to the toilets, playground, trails and the Ridge and Porter Street picnic areas will also be delivered as part of this program in 2023. 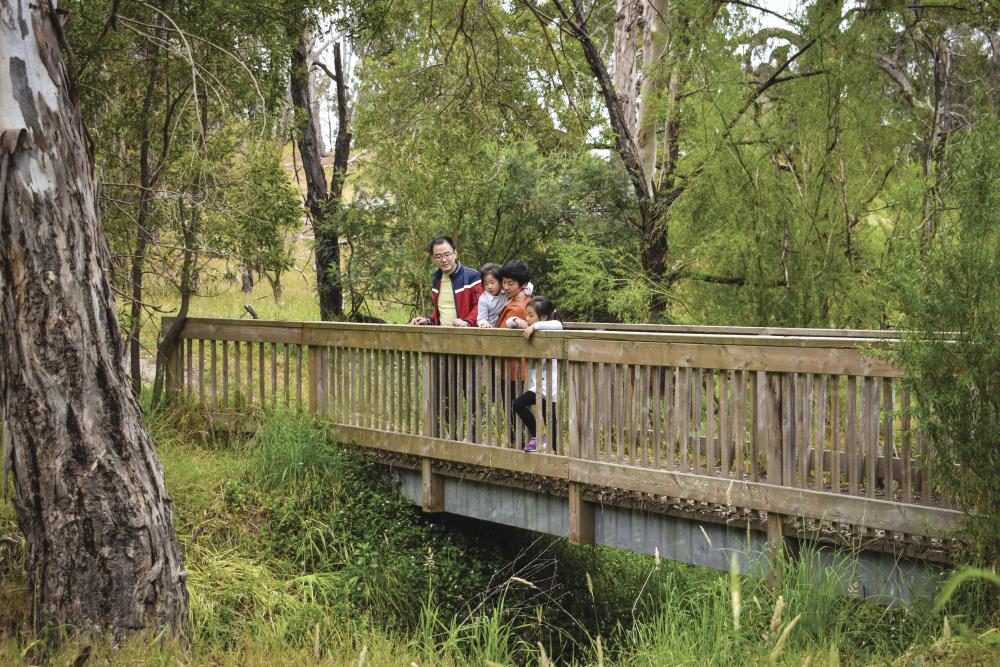 Get there by train or bus

Located in Williamstown on Bunurong Country, Point Gellibrand Coastal Heritage Park has a rich history as the site of Victoria’s first permanent settlement and seaport.

Here, you can retrace Ned Kelly’s steps along Battery Road, take a look at the Timeball Tower and imagine what Melbourne would have looked like back in the day.

The park is a great place for a day out for a picnic or barbecue or a leisurely stroll along the foreshore (even better with an ice cream) to enjoy the views of Port Phillip. The kids will also have a great time on the playground at the southern end of the park and there is plenty of birdlife around for keen birdwatchers to enjoy.

In 2022, works will commence to repair or reconstruct the historic seawall at the park as part of the $21 million Urban Parks Active Wellbeing Program which is delivering upgrades at 21 parks across Melbourne. 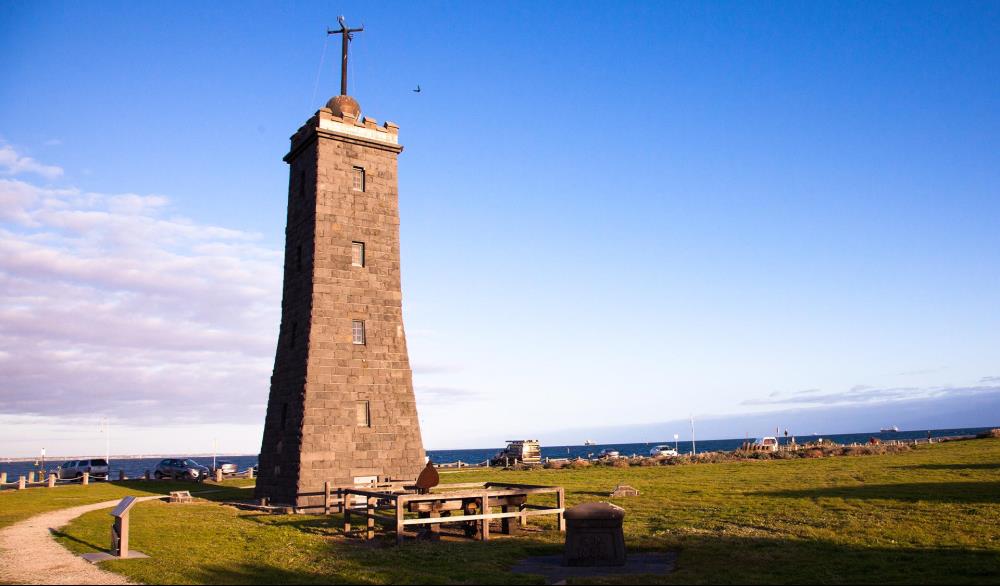 Things to know before you go

This information regarding public transport routes was sourced from Public Transport Victoria (PTV) and is up to date at the time of writing.

If you’re planning on heading out to get your dose of nature in one of these parks via public transport, always remember to check Public Transport Victoria’s website or app to plan your journey and be aware of any delays or schedule changes.

Some of the routes mentioned will require visitors to cross busy or main roads to enter the park after getting off public transport. Always use pedestrian crossings where possible, look both ways before crossing the road and only cross when and where it is safe to do so. 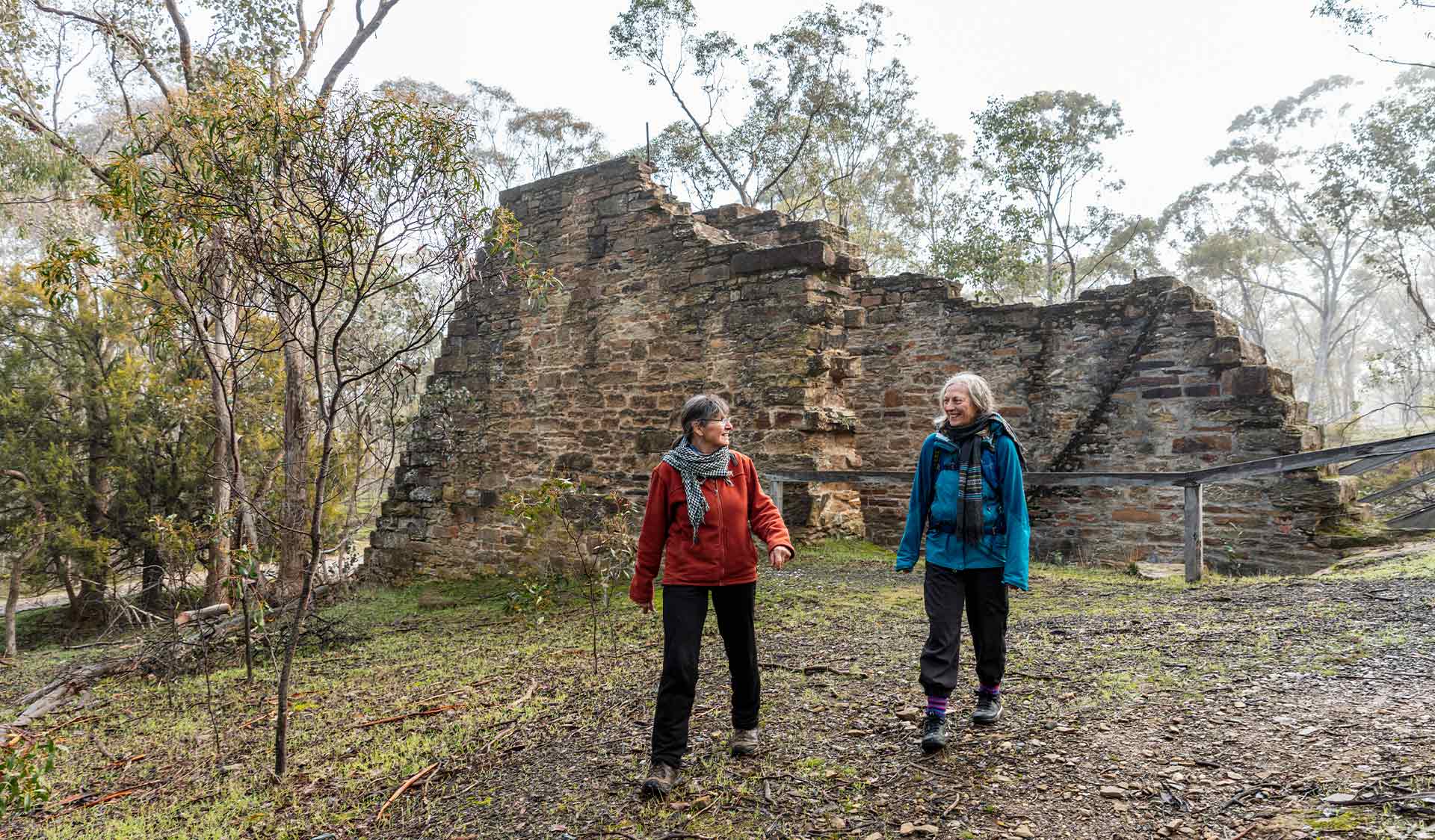 Explore the rich history of the Goldfields

Victoria’s central goldfields around Castlemaine, Maldon, and Hepburn, on Dja Dja Wurrung Country, have some of the most intact remains of the 1850s gold rush anywhere in the world. If you enjoy ornate historic architecture, learning about life on the goldfields, and discovering the techniques used by miners during the gold rush then a trip to these parks in the area is a must. 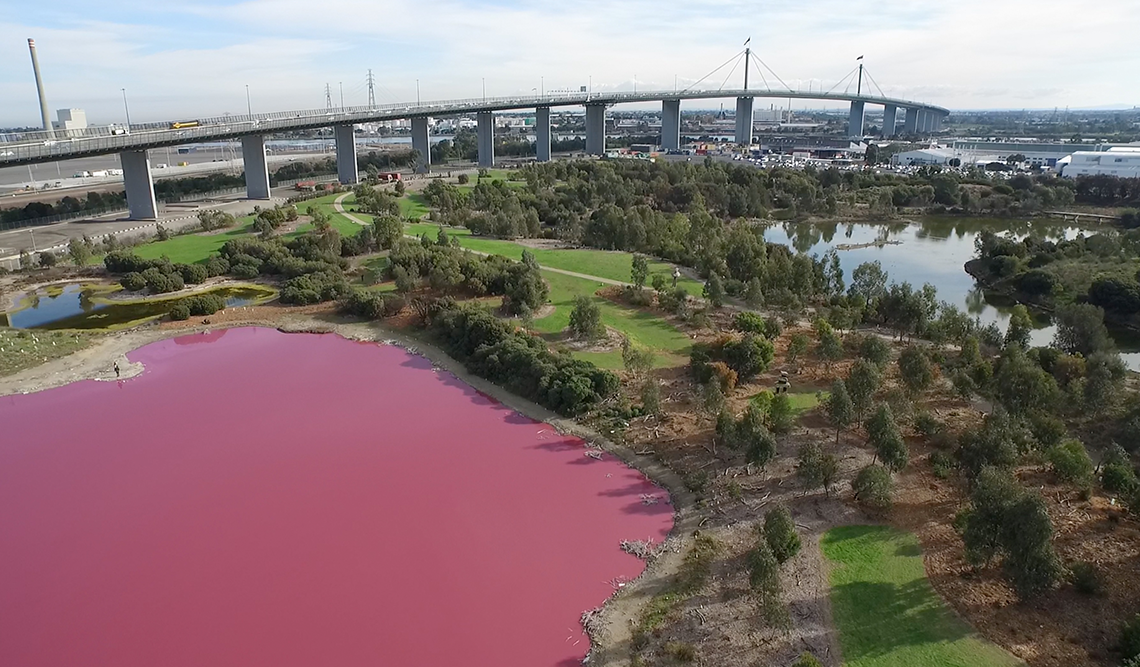 Everything you need to know about Victoria's pink lakes

It may come as a surprise, but these are the natural changing colour of some of Victoria’s lakes. These bubblegum pink lakes are a natural wonder that many will never get to see, but there are a few right here in Victoria. 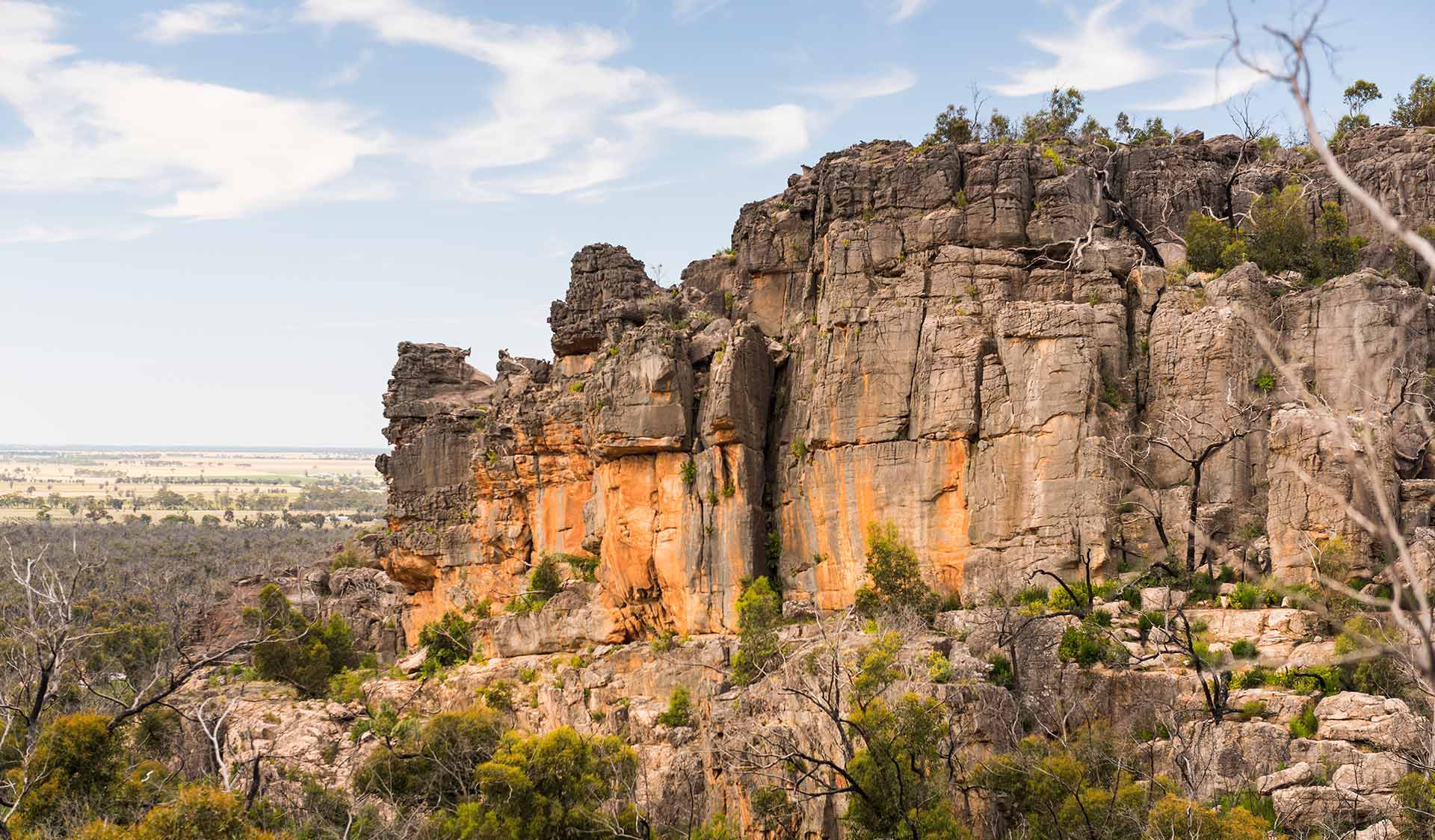 We’ve picked eight of the state’s most-beautiful, but least-known cliffs and rock formations for you to get that perfect landscape shot. Bold colours, dramatic formations, or beautiful lighting, each of these cliffs is a sight to behold.