From embers to recovery - Bunyip State Park is bouncing back

It’s been three years since lighting strikes ignited devastating fires across 9,300 hectares of Bunyip State Park on Bunurong Country, burning 60 per cent of bush lovingly known as the green mosaic of the East.

Four fires combined to form one large blaze on the 1st of March 2019. While most of the impact occurred in the first five days, the Bunyip fires burned until the end of the month, totalling 15,596 hectares in size.

The fires also reached local communities to the south of the park claiming 29 houses, numerous buildings, kilometres of fence line and destroying farmland. The stark landscape on Towt Road in 2019, Credit: Parks Victoria

The path from ‘embers to recovery’ has been slow, with a staged approach required to deal with the immediate threats of pest animal predation, the spread of pest plants, soil erosion, siltation of the waterways, deer impacting on vegetation and sensitive waterways, tree risks, as well as further damage caused by illegal activities such as off-road four-wheel driving, trail bikes and illegal firewood collection.

Similarly, recovery for the local communities has also been slow and continues to this day.

On a cold, damp May morning, around 40 brave souls were treated to a carpool convoy led by local rangers to celebrate the progress of new growth and the completion of key works at the park, walk through areas of significant change, and discuss the challenges and opportunities for ongoing resilience and rejuvenation. “We wanted to get local landowners and groups we work with on a regular basis together for a tour of their beloved Bunyip State Park,” Jack Dinkgreve, Area Chief Ranger for Gembrook, said.

“After tragedy, the physical and mental aspect of recovery is a unique and very personal journey for those affected. For some, it can take months to process what they’ve been through, and for others, it can take years.”

“Because of this, it’s important to reflect on everything that’s been achieved so far – to recognise the demanding workload and exhaustion, to see native vegetation returning and colouring the park once more, and for a moment, to ground yourself in nature and enjoy just being.”

“No one wants to see Bunyip State Park restored more than the people who spend their days looking after it. We hope the tour offered local landowners and volunteers, as well as our staff, an opportunity to show themselves a moment of kindness, to reflect on the journey so far, to hear about the significant works that have occurred in protecting and restoring the park and to acknowledge their dedication in helping us get to where we are now.”

Activities included a stroll along the Buttongrass Nature Walk, discussions about the recovery journey at key points throughout the last three years and lunch at the Gembrook CFA Station.

Each section of the tour reminded volunteers of the projects they supported, including the monitoring of small mammals as part of the Victorian National Parks Association’s ‘Caught on Camera’ project; cleaning up trailer-loads of old, barbed wire fencing and rubbish; and battling rain, hail and snow to clear kilometres of walking tracks from fallen trees and debris.

Staff also provided information on the approach to recovery and the staged re-opening of the park once areas were considered safe. Some of the major activities undertaken included rebuilding the Buttongrass Nature Walk, upgrading roads and tracks, replacing assets damaged by the fires and controlling foxes, cats, wild dogs and deer. “The safety of visitors and protecting the health of the plants, animals, ecosystems and landscape of the park were key considerations in determining a staged reopening. Apart from preventing further harm, we needed to allow time for the environment to heal,” Jack said.

“Given the extent and intensity of the March fires, we had to close off the most impacted areas for nearly three years.”

“Heartbreakingly for the rangers, disregard for these closures started as soon as they were put in place. The first round of temporary farm gates installed, marking the closure areas, were routinely rammed or circumvented by four-wheel drive vehicles and trailbikes.” 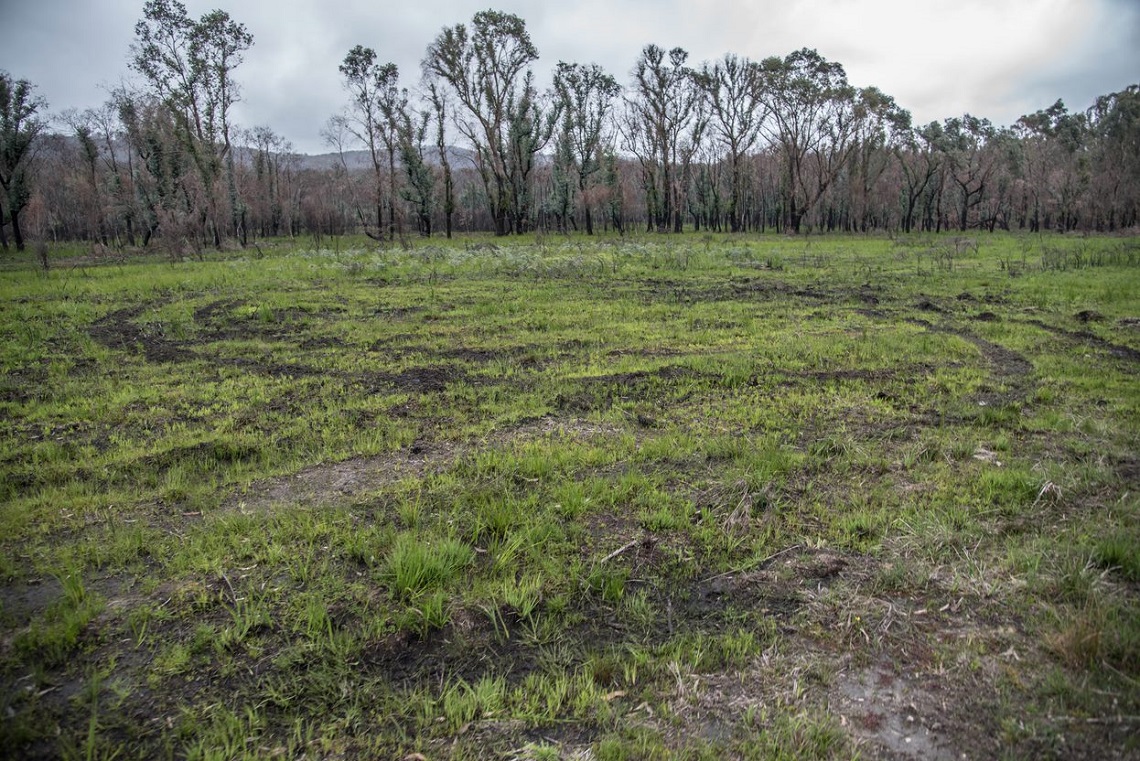 “One morning, patrolling rangers arrived to discover every gate had been stolen overnight.”

“I’m proud of the local team for persevering through the many challenges and finding strategies to deal with these; partnering with the community, the Department of Environment, Land Water and Planning and other organisations to better our recovery approach; and working hard, every single day, until we were able to safely reopen the last of the closed areason the 28th of December 2021.” Monitoring the response of specific plants and animals in the fire impacted area will give rangers an indication of the overall health of the park. Vegetation monitoring plots have been established across protected areas of the park with this aim in mind and annual surveys of faunal species such as the Greater Glider continue.

“Some species can be expected to return quickly and enjoy the disturbance the fire creates. Others have a life cycle that might see them return after months or years. Some may never recover,” Jack said.

“We were thrilled to see that some animals such as Greater Gliders, bandicoots and Southern Emu Wrens had either survived the fires or are returning in healthy numbers, and to see the response of threatened plants such as the Green-striped Greenhood orchid. The displays of wildflowers in spring are a real treat.”

The communities, parks, emergency personnel and rangers affected by the Bunyip fires and the Black Summer fires have been on a long journey from ‘embers to recovery’. We’re thrilled to see Bunyip State Park bouncing back. 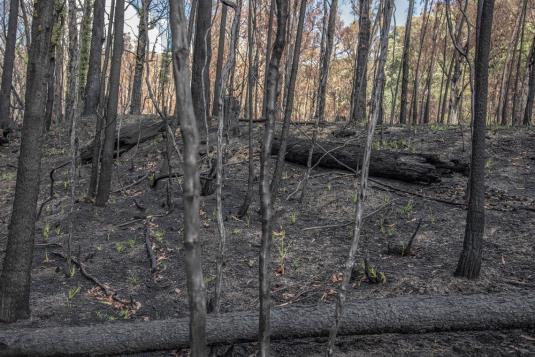 If you want to join the Friends of Bunyip State Park, 4WD Victoria, Bushwalking Victoria and others who volunteer regularly at this beautiful site, please visit ParkConnect. 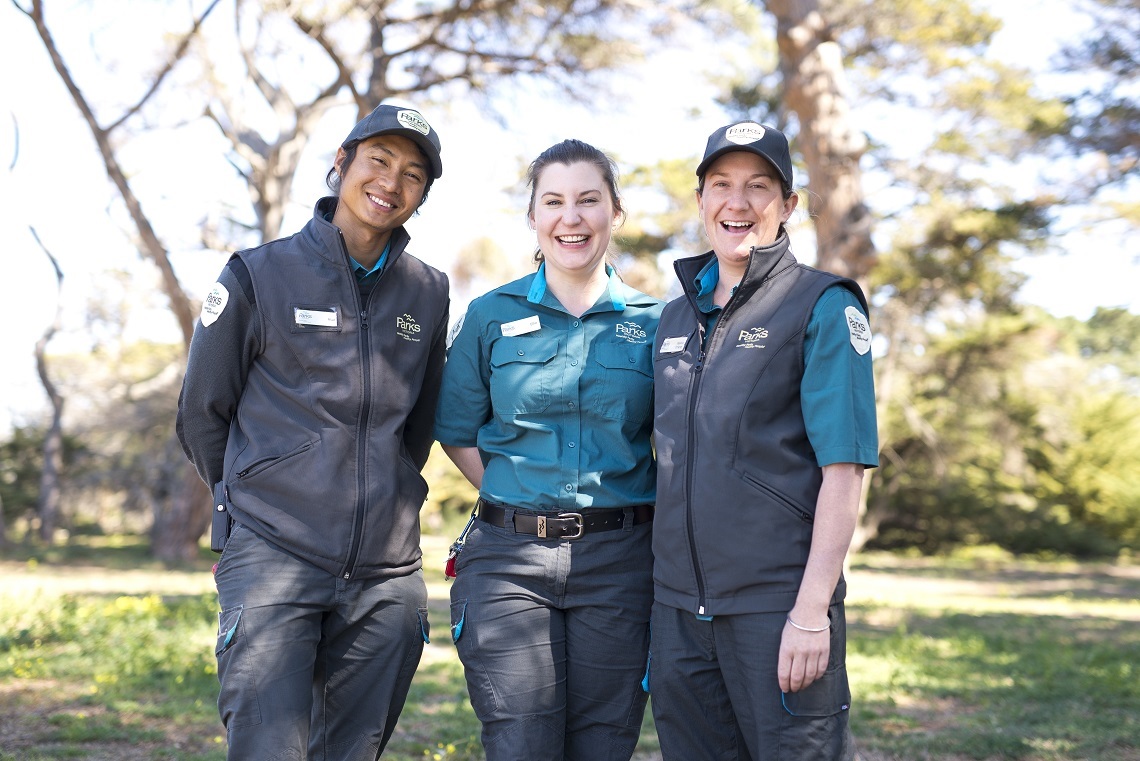 This Sunday, the world recognises and thanks all Rangers – the first line defenders of conservation. BirdLife Australia volunteers have listened to thousands of hours of audio and discovered remarkable findings.