Serendip Sanctuary is part of an Aboriginal cultural landscape in the traditional Country of the Wadawurrung Peoples. Parks Victoria respects the deep and continuing connection that Wadawurrung Traditional Owners have to these lands and waters, and we recognise their ongoing role in caring for Country.

Serendip Sanctuary is a wildlife oasis close to Melbourne where you can see kangaroos, wallabies, emus and a huge variety of birdlife. The sanctuary is a protected home to hundreds of native animals, including rare and endangered species.

Serendip Sanctuary is a great place to enjoy a family day trip near Geelong. The sanctuary showcases the open grassy woodlands and wetlands of the volcanic Western Plains, making it an ideal spot to see birdlife and learn about wetlands ecology.

Visit the bird hides to see some of the 150 bird species that breed at, or visit, Serendip Sanctuary. Birds can be seen within metres of the viewing areas as they preen, feed, incubate eggs and rear young. The Wildlife Walk is a popular walk where you can experience close encounters with wildlife.

Relax and enjoy a picnic or barbecue at the picnic area near the main car park. Facilities include free electric barbecues, a picnic shelter with tables and seats, drinking water, and toilets with access for people with limited mobility.

Come on a tour of Serendip Sanctuary with our Education Officer Vanessa Wiggenraad. Meet some of the amazing native species of the Volcanic Western Plains, including the Bearded Dragon and Spotted Tail Quoll. Find out what Parks Victoria is doing to protect some of Victoria’s most threatened species. 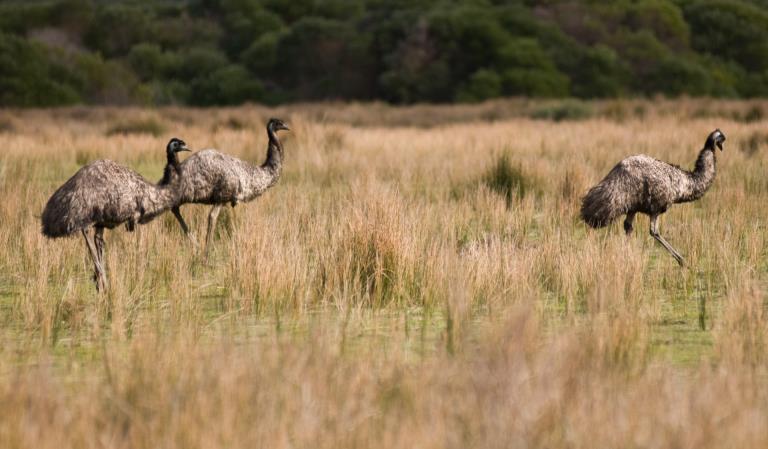 See kangaroos, wallabies, emus and a huge variety of birdlife in their natural habitat as you explore the wildlife walks at Serendip Sanctuary. Join Serendip’s Volunteer Park Guides on a free Wildlife Tour of Serendip Sanctuary. Serendip Wildlife Tours will allow visitors to learn all about the habitats and wildlife of the Western Volcanic Plains. Participants will explore wetlands and grasslands and get close encounters with animals such as kangaroos, emus, brolgas and tawny frogmouths. The tours are free and run every Saturday twice daily over summer. Bookings are essential. 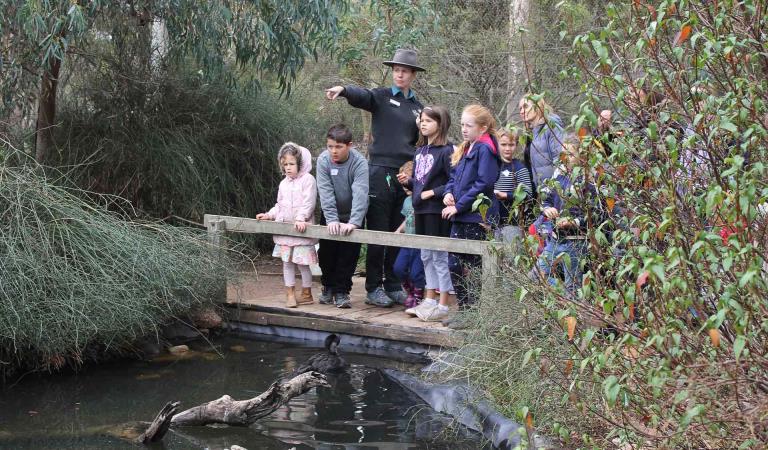 Serendip Sanctuary's curriculum-based education program offers students an excellent opportunity to learn about the wetland and grassy woodland habitats of Victoria's Western Volcanic Plains, as well as the captive breeding of endangered native animals. An Education Officer can deliver a range of activities that are adapted to meet the specific Victorian Curriculum standards and VCE outcomes (fees apply for education services). For bookings, please contact 13 1963. 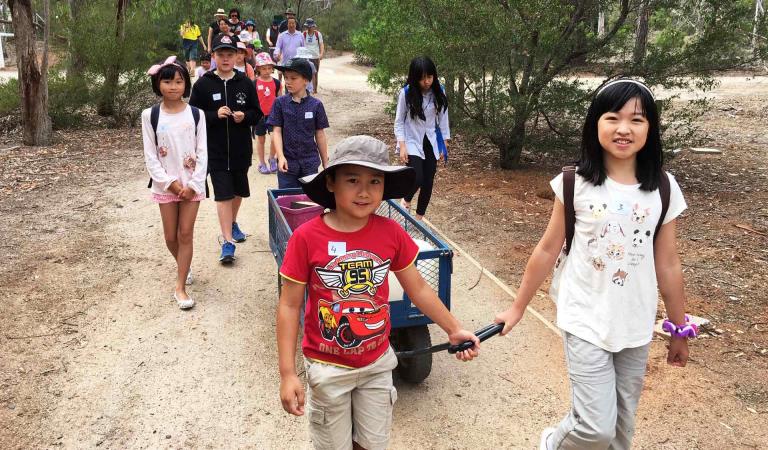 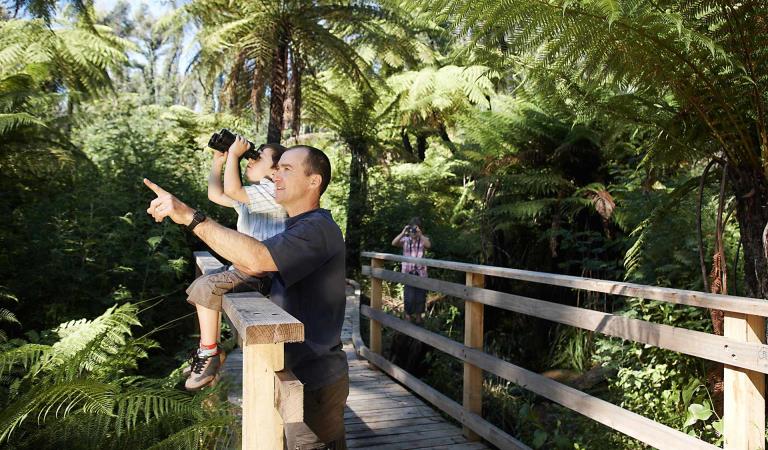 Head outdoors for lunch in the warmer months and enjoy a picnic in some of nature's most relaxing and inspiring settings.

Serendip is a part of the Western Volcanic Plains and was home to grassland, wetland and grassy-woodland communities. In the 1880s the European settlers arrived in the area and built a farm on the property. All the grasslands disappeared, and wildlife left the area. The property became public land in the 1950s. Since then Serendip has re-created a range of habitats etc.

Since  1959 Serendip has re-created a range of habitats which has seen the number of animal species increase from 40 (with few breeding) to over 150 today (with over 60 breeding). The sanctuary has also demonstrated the compatibility of farming and wildlife.

Serendip has many different wetland types, each with its own characteristics. The shallow freshwater wetland is ephemeral and dries out every two to three years unless it receives a flow of water from the You Yangs water catchment. The marshland at Serendip has channels of varying depths designed to cater for a range of waterbird species. Trees such as River Red Gums and wattles around Lake Serendip attract different species of birds. Finally, the North Arm of Lake Serendip is an example of a permanent open water wetland.

More than 150 bird species common to the Western Plains of Victoria have been recorded at Serendip Sanctuary.

Look for Cape Barren Geese and Magpie Geese in the shallow, freshwater wetland, and many ducks, White-faced Heron, Nankeen Night Heron, Black Swans and grebes in and around the marshland.

Honeyeaters and wattlebirds feed on nectar and insects in the trees around Lake Serendip and Whistling and Black Kites soar up above looking for small prey on the ground.

The Billabong provides habitat for various ducks, swamphens and moorhens and attracts other food for the birds such as frogs, water rats and snakes. The North Arm permanent wetland is more reliable for fish populations, providing food for fishing birds like pelicans and cormorants. Keep watch for Chestnut Teal, Yellow-billed Spoonbills and flocks of White Ibis flying about preparing to roost in the trees around the permanent wetland each night.

Australian Bustards and Bush Stone-curlew are two rare Victorian birds that were once common on the Western Plains and now find a protected home at Serendip. Brolgas (Grus rubicundus) and Australian Bustards (Ardeotis australis) were chosen for the captive breeding program at Serendip, designed to rehabilitate species that have become rare or extinct on the Western Plains. The success of the captive breeding program has received international recognition.

Australia’s rarest waterfowl, the Freckled Duck, and the most secretive of owls, the endangered Masked Owl, are now also on display at the Sanctuary.

Serendip also provides habitat for a variety of mammal species including Eastern Grey Kangaroos, Black Wallabies and Pademelons, now extinct in the wild in Victoria.

This area is well known for its wildlife. Keep an eye out for Tawny Frogmouths, Bush Stone-curlews, Australian Bustards, Freckled Ducks, Inland Bearded Dragon, Brolga, Cape Barren Goose, along with:

Serendip Sanctuary is located at 100 Windermere Road, Lara. It is at the base of the You Yangs, 60km from Melbourne and 22km north of Geelong. It is signposted from the Princes Highway.

Serendip Sanctuary is open every day from 8.00am-4.00pm, but is closed on Christmas Day and Good Friday.

Download the Serendip Sanctuary visitor guide for more information about the park and a map.

Dogs and other pets are not permitted at Serendip Sanctuary.

Rubbish bins are not provided. Please take your rubbish with you.

This park offers curriculum-aligned ranger-guided excursions for school students. Download the Education Program to find out more and book your visit.

Late spring is a delightful time to visit Serendip Sanctuary. The Cape Barren Geese, along with many other wetland species, have their young at this time of year.

All features and areas within the Visitor Centre are accessible.

Access routes around the centre are all sealed and there are no stairs or ramps to restricting access.

The public picnic area at Serendip Sanctuary has a fully accessible toilet.

The site is level, allowing independent access despite the lack of paths to the tables.

Serendip’s paths are compacted gravel and are suitable for both non-motorised and electric wheelchairs.

There are electric barbecues and accessible picnic tables.

There is no designated accessible parking at present.