The Yarra Ranges National Park around Healesville is blessed with tranquil picnic areas adjacent to streams and weirs. This is also the start of the Black Spur Drive, a spectacular scenic car journey. Wind through magnificent Mountain Ash forest on your way deeper into these magical mountains.
Healesville is the start of one of the scenic Black Spur Drive. The road winds through majestic Mountain Ash forest to Narbethong, passing a number of easy and difficult walking trails and pleasant picnic areas.


Enjoy a leisurely picnic at Donnelly’s Weir, Badger Weir, Dom Dom Saddle or Maroondah Reservoir Park. Short walks from the picnic areas into the rainforest will often be rewarded with sightings of charismatic wildlife such as lyrebirds, King Parrots, Crimson Rosellas and wallabies.


Longer and more challenging walks are rewarded with fantastic scenery, stunning views and an even better chance of spotting wildlife. The Mount Juliet summit walk rises from 200m to 1100m and is one of the most difficult in the Yarra Ranges, while the Mount St Leonard Track incorporates part of the National Bicentennial Trail


Extend your scenic drive deeper into the Yarra Ranges by continuing beyond the Black Spur to Marysville and beyond on the Lady Talbot Forest Drive, which leads to the Beeches Walk, Taggerty Cascades and Phantom and Keppel Falls.

Everything about this park seems ancient. From the towering Mountain Ash trees to the moss-covered rainforests. This is a heartland for some of our nocturnal possums and gliders. Bring a torch and see if you can spot a Greater Glider or Yellow-bellied Glider in the tall trees but be sure to watch the ground for grumpy wombats.

The forests of the Yarra Ranges are thought to be among the last strongholds of the critically endangered Leadbeater's Possum. This shy animal needs a particular mix of trees of varying ages to thrive and has suffered from habitat loss due to bushfires and logging. You are unlikely to see a Leadbeater's Possum, but it is nice to know that one might be resting in the hollow of a tree as you walk past.

In all, around 40 native mammals are known to occur in the park. The large areas of undisturbed old and mixed-age forests are particularly important for the conservation of hollow-dwelling species including bats, owls, parrots and the Leadbeater's Possum.

The park features tall Mountain Ash forests, with an understorey of tree ferns, and gullies of cool temperate rainforest. Large pristine areas of these and other vegetation types are of national and state botanical significance. Damp river valleys are home to stands of Myrtle Beech festooned with mosses, ferns and lichens.

The highest elevations, such as Lake Mountain and Mount Donna Buang, are characterised by sub-alpine vegetation, and receive regular snowfalls over the winter months.

Fourteen plant species occurring in the park have been identified as being rare or threatened, including the Slender Tree-fern and Tree Geebung. 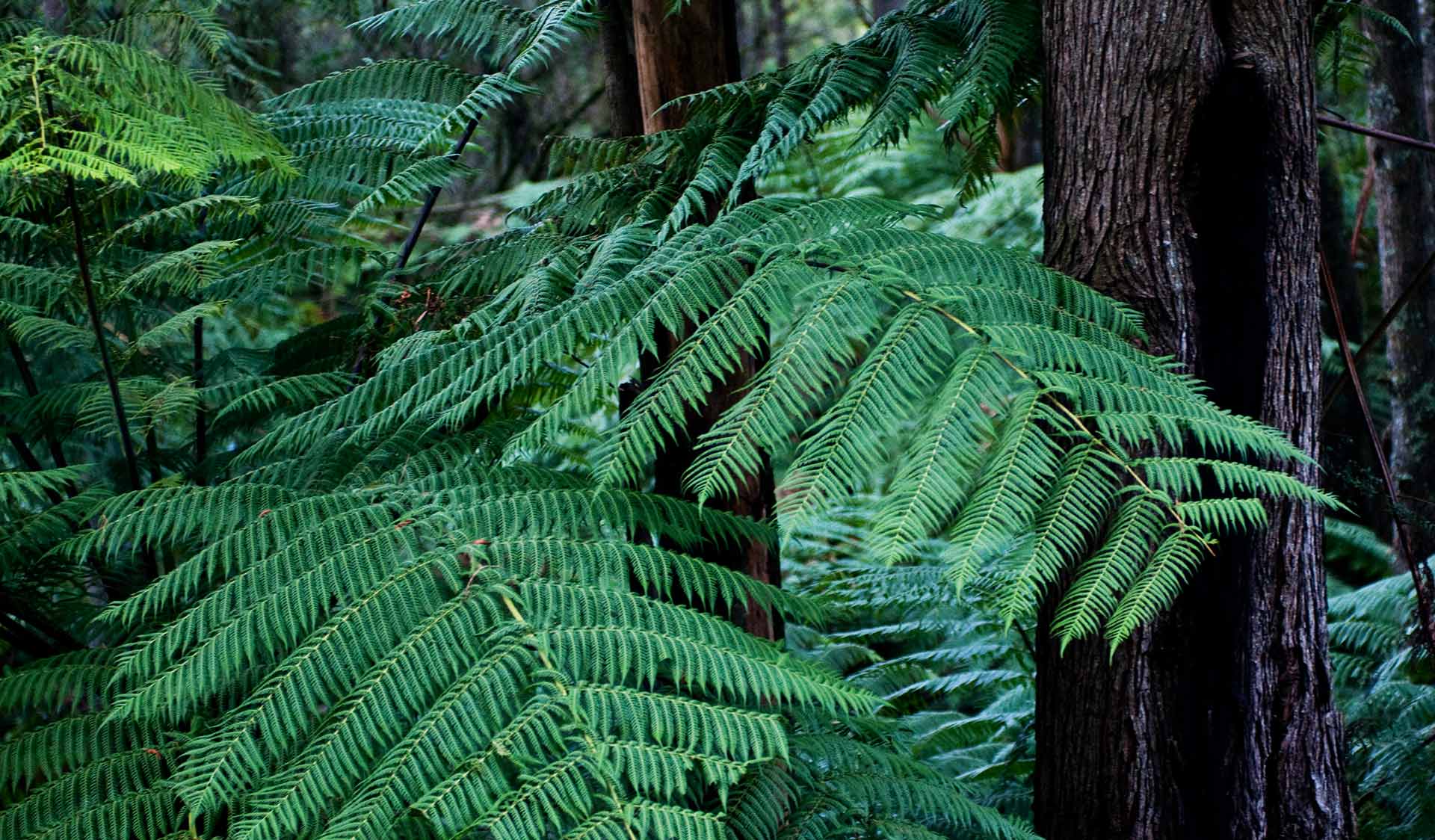 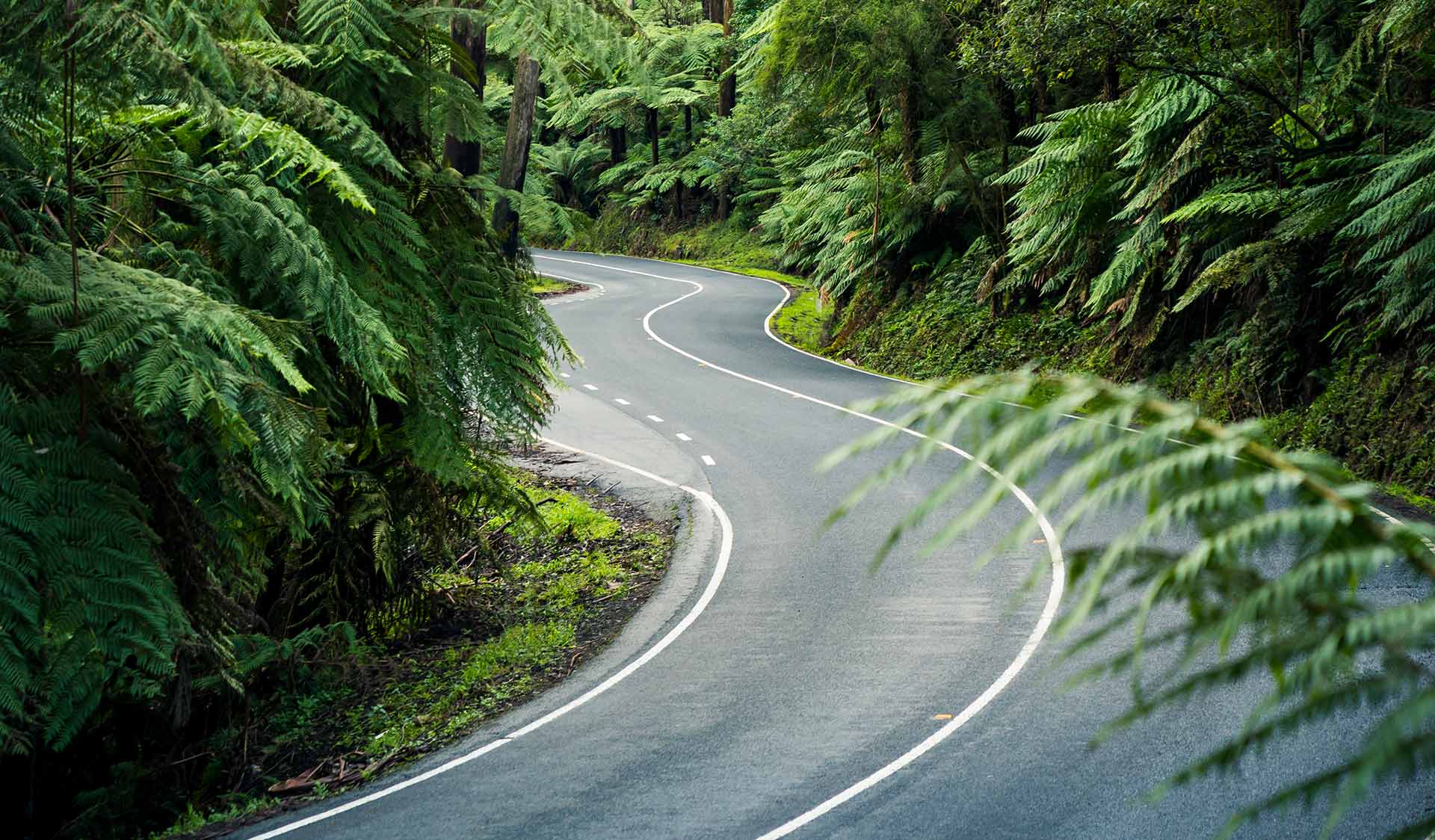 Drive the world famous Black Spur between Healesville and Narbethong and see luxuriant rainforest on The Beeches Walk on Lady Talbot Forest Drive near Marysville. 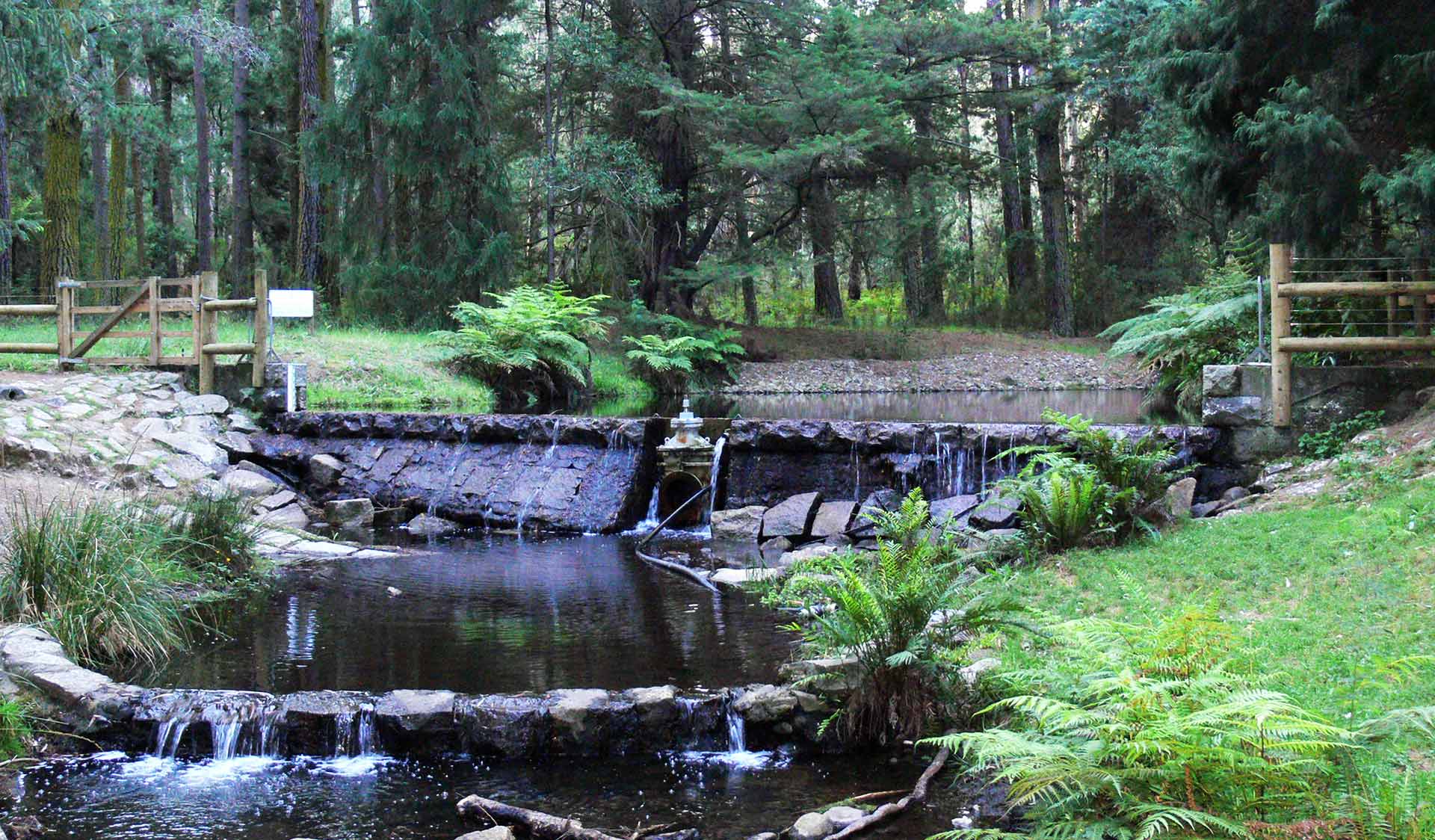 Donnellys Weir forms both the start and finish of the Bicentennial National Trail. A variety of walks from the picnic area cater for both casual and longer distance walkers. Maroondah features gardens with stands of native and exotic trees, native animals and birds and walking tracks. Its playground, lawns and cool summer shade make it a popular picnic destination in warmer months.

Yarra Ranges National Park is approximately 65km east of Melbourne. The visitor sites around Healesville are accessed off the Maroondah Hwy.
Healesville and the Black Spur

Yarra Ranges National Park visitor sites are open every day, including weekends and public holidays. Numerous picnic areas and walking tracks are open to the public, however sections of the park are designated closed water catchments and are not publicly accessible. Gates at Badger Weir, Donnelly Weir and Maroondah Reservoir Park open at 8am. Closing times vary throughout the year.

The Yarra Ranges is a little cooler than Melbourne in the summer - particularly in the shaded gullies. Take a day trip to Fernshaw Picnic Area for some relief from the worst of the heat - but always check the bushfire rating before you go.
The trees around Healesville put on a stunning display of autumn colour. Fungi is at its best at this time of year.
The streams of the Yarra Ranges are in full flow in winter. Take a walk and enjoy the sight and sound of watercourses in full flow.
Visit the Yarra Ranges in spring when wildflowers throughout the park are at their best. Drive up the Black Spur to see the rainforest at its lush and verdant best.

There are no results matching your criteria.